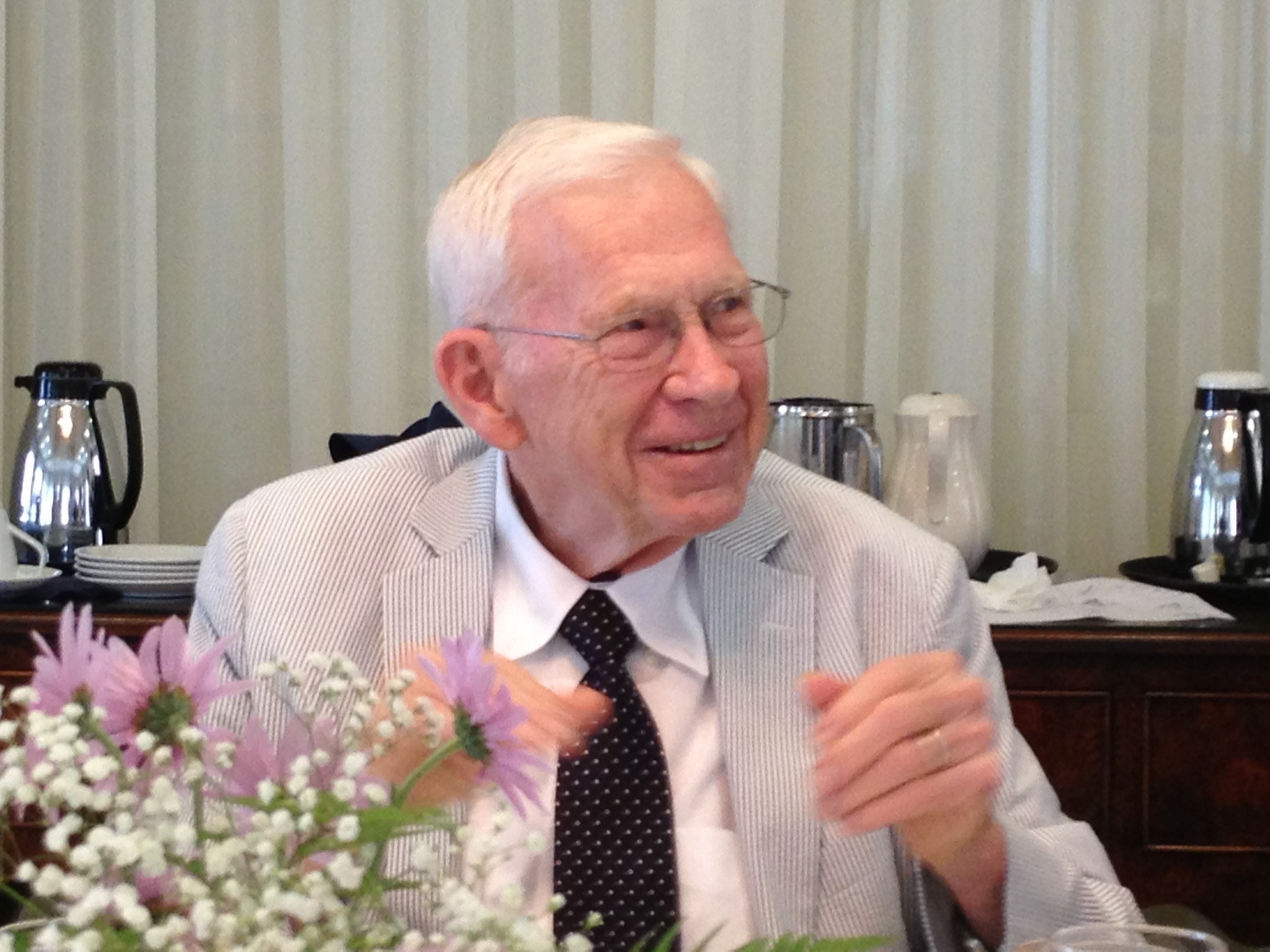 After a long struggle with dementia and Parkinson’s Disease, James W. Robertson died peacefully on the evening of June 23rd at the age of 84.

Mr. Robertson was born in Lynchburg, Virginia on August 18, 1933, the only son of Wert Walker and Margaret May (née Caufield) Robertson. “Jimmy,” as he was known in his youth, grew up in Lynchburg and during his high school years ran track and was part of the cheerleading squad there. He attended Virginia Military Institute, where he majored in Organic Chemistry, graduating in June of 1955. He was awarded the Jackson-Hope Medal, First Honor for outstanding academic achievement during his four years at the school. That award — named for the the storied confederate general and former VMI instructor Andrew Jackson and for Mr. Beresford-Hope, an English citizen who raised money to pay for a statue of Jackson presented to the state of Virginia in 1875 and to endow the award — has been given to the top two students in each graduating class since 1877.

From 1955 to 1957 he served as a researcher in the Air Force at Wright Air Development Center. After that he began working at General Electric, where he remained throughout his career. He worked first as a research chemist assisting in the development of the specialized plastic Lexan. Over the course of his career he worked in sales, company-wide purchasing, and wire mill management. Over the years the company transferred him from Pittsfield, Massachusetts, to Detroit, Michigan, and then to Mount Vernon, Indiana, and eventually to Fairfield, Connecticut, where he finished his working life at corporate headquarters there.

On October 12, 1957 he married the former Carolyn Naumann, the daughter of Otto Robert and Carrie Naumann of Newport News, Virginia, whom he had met in college. They remained wed for more than 60 years until his death and raised three children together: James Craig, Scott Caufield, and Carol Elizabeth Robertson. Their son Scott was killed in an automobile accident in March of 1994.

After his retirement Jim and Carolyn worked on and off for 12 years as missionaries for Community Bible Study International, establishing a ministry of starting Bible study groups in countries of Western Europe, New Zealand and Kiev, Ukraine. They further worked to train new leaders to succeed them in this mission.

Throughout his life Jim enjoyed tennis, and being outdoors hiking, fishing, and sailing. In his eighties, and already suffering from mobility issues and dementia, he was still able to enjoy riding horses in a specialized program at Dream Catchers in Toano, Virginia.

Jim and Carolyn moved to Williamsburg, Virginia in 2004, residing first for eight years at Kingsmill, and then moving into the Williamsburg Landing in 2012. Both of his sisters, Martha Ann Shepherd, of Richmond, Virginia, and Betsy Jean Towe, of Raleigh, North Carolina, pre-deceased him.

He is survived by his wife and two children; by Scott’s wife, Liza Zenni, and their two daughters, Drew and Wyn; by Craig’s wife, Barbara Robertson, and their two children, Camille and Allegra; by a niece and nephew from each of his sisters: Maria and Christopher Towe and Susan (Shepherd) Borkey and Lee Shepherd. Through his marriage to Carolyn, he is also survived by two brothers-in-law: Otto Naumann and his wife, Judy of Williamsburg; and Wayne Naumann, and his wife Gayle, of Concord, North Carolina; their two children Jeffrica and Douglas Wayne Jr. ; the children of Carolyn’s deceased brother Eugene: Jan Massey, Nan Chandler, Dan Naumann, and Robert Naumann; and by Otto’s daughter, Tracey Scudieri

A visitation will be held at Bucktrout of Williamsburg Funeral Home on Wednesday, June 27th from 5pm to 7pm. A memorial service will be held in the Charter Room at Williamsburg Landing in Williamsburg, VA. on Thursday, June 28th at 10:30am with interment to follow at Forest Lawn Cemetery in Richmond, VA at 2pm.
Donations in lieu of flowers may be made to the international ministries of Community Bible Study
( https://www.communitybiblestudy.org/ ) at CBS Ministry Service Center, 790 Stout Road, Colorado Springs, CO 80921-3802; or to the Dream Catchers therapeutic equestrian center ( https://dreamcatchers.org/ ) at 10120 Fire Tower Road in Toano, VA 23168.