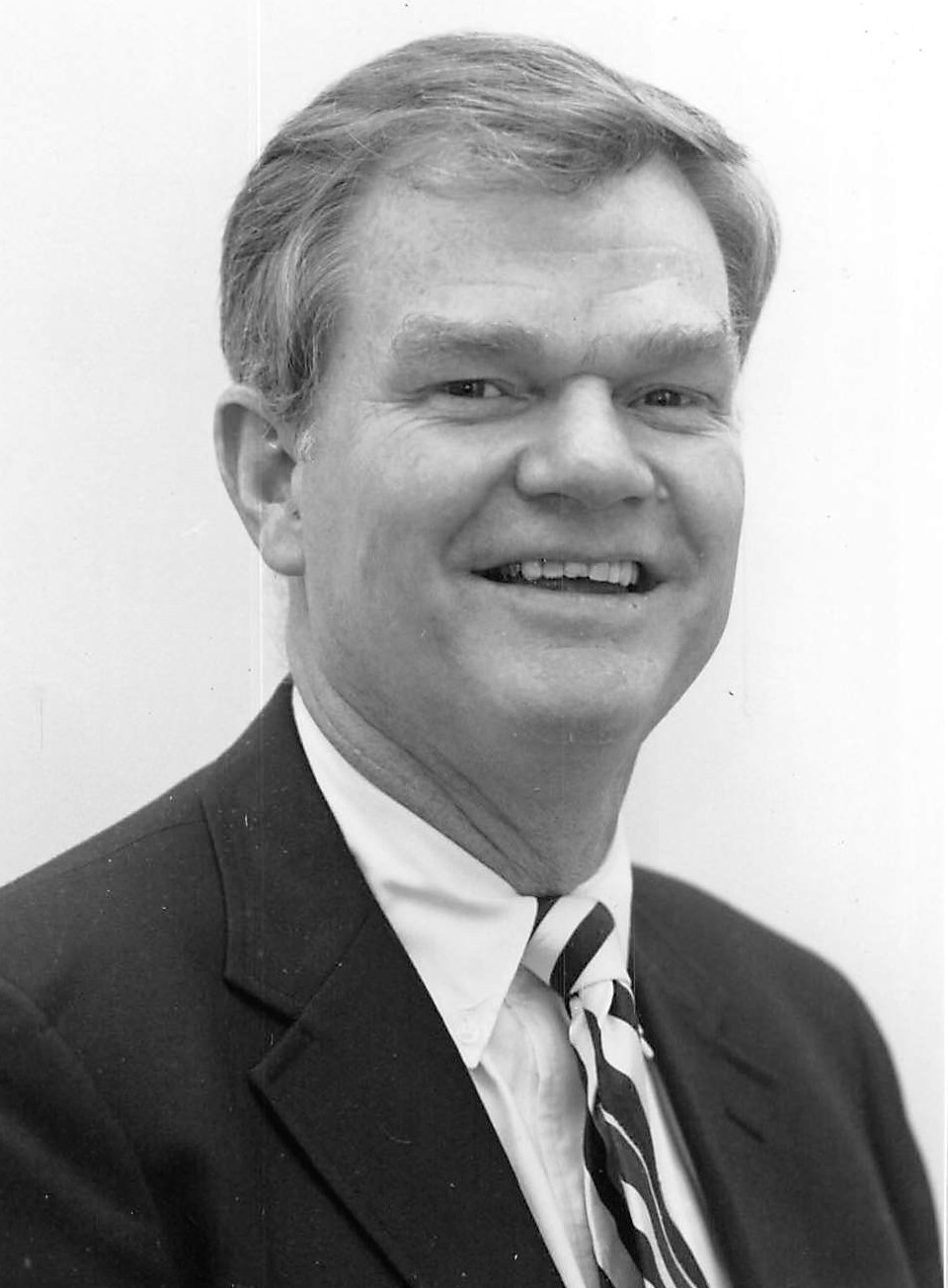 James “Jim” Smith, 92, of Williamsburg, Virginia, died on September 12, 2021. He was born and raised in Petersburg, Virginia, the son of James Bryan Smith and Virginia M. Smith.

After graduating from Petersburg High School, he went to the College of William and Mary where he played football and was president of Sigma Nu fraternity. While there, he met his future wife Barbara Schwartz. Following graduation he joined the U.S. Army, and he and Barbara married after she graduated in 1953. After completion of his service he returned to the College, where he was an assistant football coach, earned his M. Ed., and attended law school.

Jim and Barbara moved to Cincinnati, Ohio, where he joined the General Electric Company. This resulted in moves to Tennessee, New York, Oklahoma, Pennsylvania, and finally to Connecticut and national headquarters as a labor relations consultant. When Jim retired they moved back to Williamsburg and into Kingsmill, where they enjoyed sharing the local amenities with their grandchildren. Their next move brought them to Williamsburg Landing. In all of these locations he was an active member of Bruton Parish Church and the middle Plantation Club. He was an avid sports lover. He enjoyed playing tennis in Kingsmill and following William and Mary football and basketball. He leaves behind many caring friends.

A memorial service is scheduled for 2:00 P.M. on Monday, September 20, at Bruton Parish Church with interment following in the churchyard. A reception will be held afterwards at
Williamsburg Landing. In lieu of flowers memorial donations may be made to the Alzheimer’s Foundation or Bruton Parish Church.