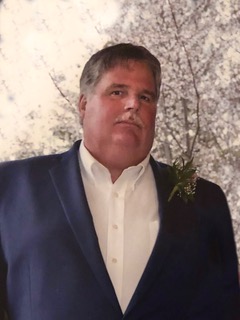 James Henry Dietrich, age 60, passed away on January 13, 2019. He was born in Brooklyn, NY and grew up on Long Island in North Bellmore, NY. Jim has lived in Williamsburg for the past 24 years. While growing up on Long Island, the beach was one of his favorite places where he loved to surf. Here in Virginia, the beach was not far, and he also enjoyed a long drive along the Colonial Parkway to see the river. He was a sports fan and followed the football, basketball and baseball seasons. Jim was preceded in death by his parents, Henry and Brigitte Dietrich and his grandmother Anna Lina Krayer.

Jim is survived by his sisters and their husbands, Patricia and David Watts, Joan and Timothy Mills and Christine and Allan Pebworth. His many nieces and nephews, Brian, Karen, Susan, Steven, Carolyn, Andrew, Gregory, Abigail and Matthew will miss their Uncle Jimmy greatly. He enjoyed being a part of their lives as they grew up, and as they married he welcomed Catherine, David, Aaron, Christine, Robert, Katherine, Beth and Andrew into the family. As they started families of their own he became Great Uncle Jimmy to Penelope, Blake and Solomon. His cousin Andrea Ishigami and her children Shinobu and Keita were also a special part of his life.

Jim was an important part of his mother Brigitte’s care at home during the past year as she endured a long illness. As she passed away just one month ago, in his honor and her memory, in lieu of flowers, please consider a donation to Williamsburg Faith In Action or Hospice House.

The funeral service will be held at 11 AM on Saturday, January 19, 2019 at Bucktrout of Williamsburg with reception to follow. A private burial will take place at Williamsburg Memorial Park.