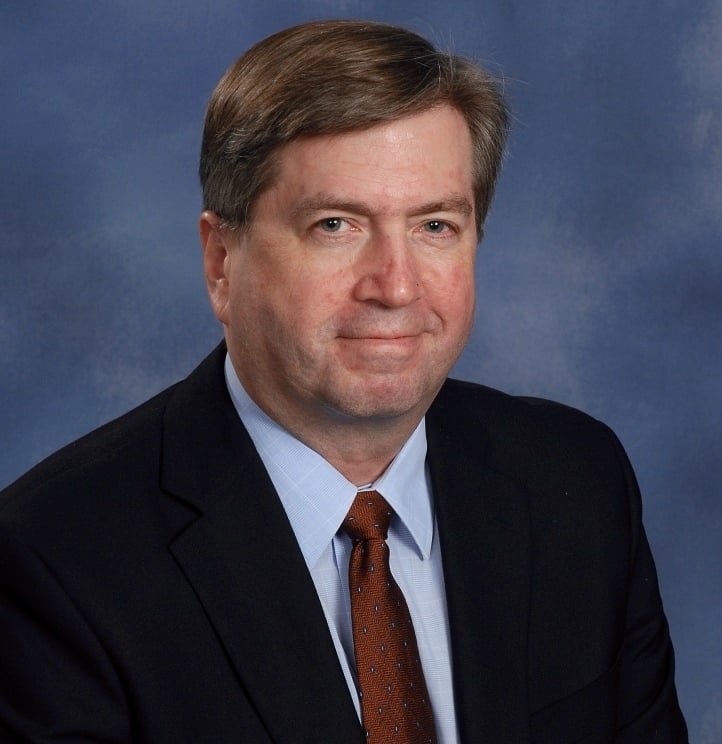 James Frederick Weaver, nationally and internationally known bass-baritone soloist and expert in the works of Johann Sebastian Bach and other 17th and 18th century oratorio masters, died suddenly Monday May 4 of an aortic dissection. He was 57.

Locally, he thrived and relished his nearly 27-year tenure as director of music and director of the Chancel and Youth choirs at Williamsburg Presbyterian Church.

Mr. Weaver was born on February 12, 1958 in Detroit, Michigan, the son of Carol Weaver Juskusky and the late James Ernest Weaver. He studied music at the University of Michigan and earned a degree certificate in vocal performance from Amsterdam’s Sweelinck Conservatory in 1987, studying with the renowned bass and baritone vocal specialist Max van Egmond.

For the past 30 years he frequently performed with many of the best orchestras and chamber ensembles in North America and Europe, performing with such diverse groups as Collegium Vocale Ghent, The Academy of the Begynhof, the Dutch experimental theater group GRIF, Ensemble Courant, the Orpheus Band, Philharmonia Baroque Orchestra, Dryden Ensemble, Santa Fe Pro Musica, the Seattle and Portland Baroque Orchestras, the Baltimore Consort, Newberry Consort, Columbus Consort and the Ricercar Consort. An acclaimed Bach specialist, Mr. Weaver worked with Joshua Rifkin and The Bach Ensemble, Jeffrey Thomas and the American Bach Soloists, Kenneth Slowik and the Smithsonian Chamber Players, the San Francisco Bach Choir, Capriole, baroque ensemble, Bethlehem Bach Choir, the Washington Bach Consort, and the Richmond Choral Society.

Memorable engagements included appearances with the Baltimore Choral Arts Society in a performance of Haydn’s Mass in Time of War, the Messiah with the Seattle Baroque Orchestra, Bach’s Mass in B Minor at the Boulder Bach Festival, as well as engagements with the American Bach Soloists, Angelica Bach Soloists, and the Washington Men’s Camerata. A sought-after interpreter of Lieder, Jim collaborated with pianists Dalton Baldwin and Kenneth Slowik in the presentation of baroque music.

He gathered his choral conducting expertise beginning at St. Stephenís Church in Seattle, as an assistant director and later as director of the Seattle German Choir from 1983-1985 and took the chancel choir director job at Williamsburg Presbyterian Church ìfor just a little while,î he said; that little while lasted for the rest of his life. The church leadership always allowed him to travel and perform elsewhere provided there was a another qualified choir director available on Sundays.

Mr. Weaver came from a musical family; his mother is a singer, piano teacher and church organist who encouraged all her children to explore music by exposing them to a wide variety of musical style. In high school he performed with and composed music for his school chorus and in the summers attended the Fred Waring Choral workshops at East Stroudsburg State College in Pennsylvania. Briefly he studied music theory, history and hymnology at Judson University in Elgin Illinois.

In 1981 he moved to Seattle, where he sang with several choral organizations. He studied with Peter Hallock, organist, choirmaster and liturgist and director for 40 years at St. Markís Cathedral in Seattle, where Mr. Weaver sang at the Cathedral with the St. Augustan Singers, an all menís group dedicated to the performance of Anglican liturgical music. He also was one of three ìcantorsî in the Compline Choir, which performed every Sunday evening. A special recording of the world premier of Night Music, by Hallock, featured him as a soloist with the Augustan Singers. Hallock wrote the piece especially for Mr. Weaver.

He met Mr. van Egmond while in Seattle and had the opportunity in 1985 to study with him in Amsterdam and to perform frequently in Holland, Germany and Belgium and in Eastern Europe. He moved back to the States in 1987 and in 1988 relocated to Williamsburg after which he performed with the Smithsonian Chamber Orchestra and Chorus in Bachís St. John Passion, where he sang the role of Christ. Other performances of the same oratorio were with the Bach Choir in San Francisco in the role of Pilot.

One of his favorite Bach works was the St. Matthew Passion; he performed the role of Pilot with the Houston Oratorio Society and the State College Choral Society at Penn State University and as Christ in other musical ensembles. Likewise he made numerous recordings with the American Bach Soloists on Koch International and on the Dorian, Smithsonian, Channel Classics, Ricercar and Newport Classic labels.

Mr. Weaver grew richly and intensely in his choral conducting and his religious approach to music at Williamsburg Presbyterian Church. After directing several special concerts by the church chancel choir including Handelís oratorio Israel in Egypt, and putting together CDs of religious musicóHandelís Messiah and Echoes of Mercy, Favorite Worship Anthemsóhe decided that ìspecial choral musicî should best be sung within the context of worship services. For example, portions of a Bach cantata, Gottes Zeit ist die allerbeste Zeit, were sung in Sunday morning services about eight weeks ago.