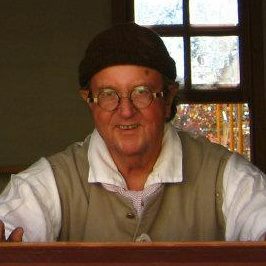 Jim was born August 25, 1950 in San Diego, CA. He graduated from the University of Southern California in 1972 and became a Naval Flight Officer. †Before his retirement in 1992, he had accrued 3,500 hours in the P3 Orion where he served as a tactical officer in antisubmarine warfare.

Jim began his career at Colonial Williamsburg in 1993. He joined the organizationís Historic Foodways in 1996 and was a regular in the kitchens of Williamsburg creating 18th century dishes. He was known to one and all as the ìChocolate Manî.

Arrangements are being made by Bucktrout Funeral Home in Williamsburg.

Memorial donations can be made to the Heritage Humane Society and the American Heart Association.