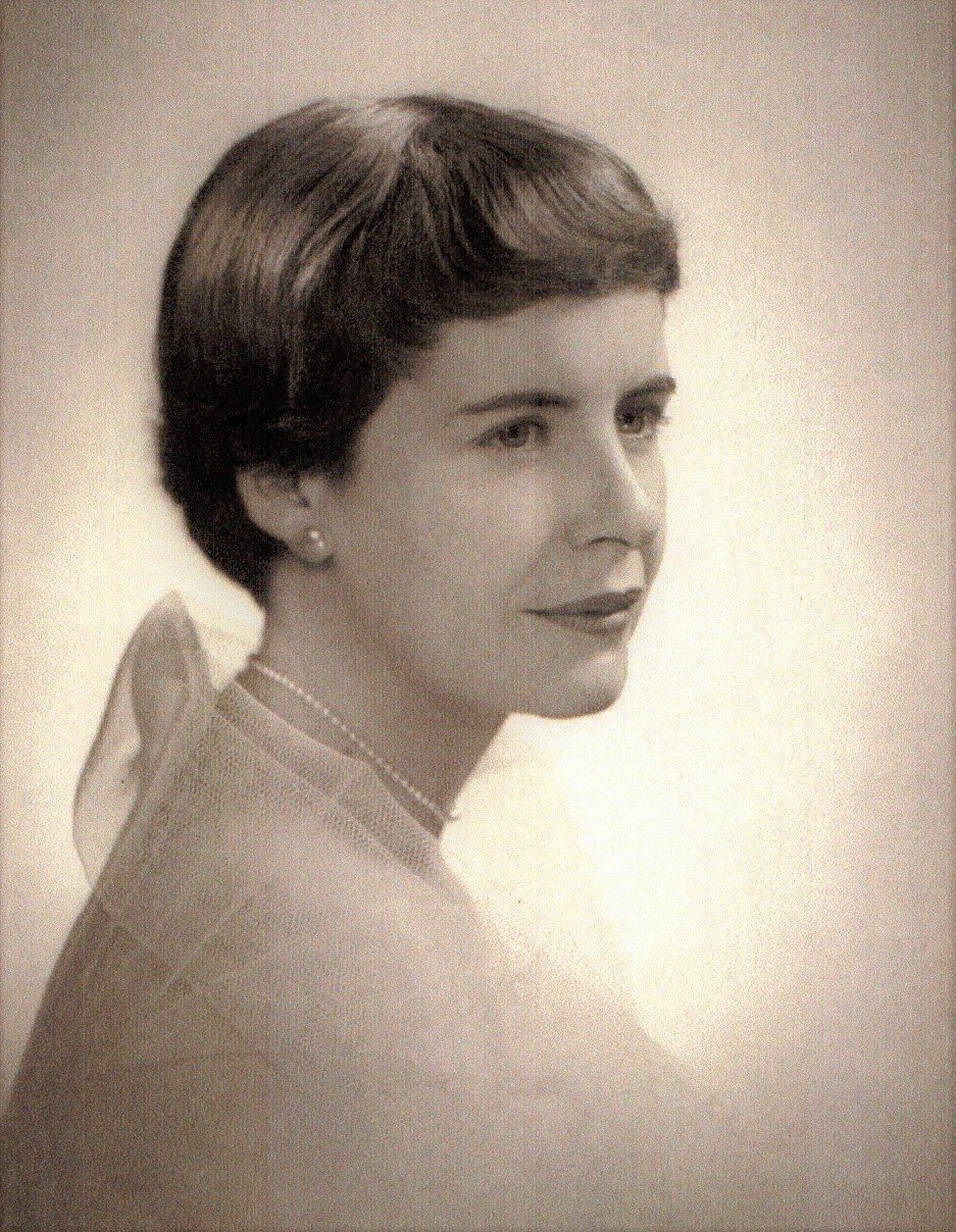 Jacqueline Louise Marie-Thérèse Ouellette Livingston (Jackie to all who knew her) passed away peacefully on August 17 at the age of 91.  The only child of Elzebert Ouellette and Ida Levesque, Jackie grew up in Sturbridge, Massachusetts, in a community of French-speaking Canadian immigrants.  After graduating from Salem State Teachers’ College, she moved to New York City to work and take classes.  It was there that she met her future husband, Jim Livingston.

While in New York, Jackie worked as a secretary at Columbia University and at the Cathedral of St. John the Divine.  After an exciting decade in the city, she and Jim and their two daughters moved to Dallas, where they lived for five years before relocating to Williamsburg in 1968.

Jackie loved being part of the William & Mary community and relished the years she spent as secretary to the Department of Religion.  But her greatest joy was in helping her husband and daughters pursue the things they loved.  For decades, she played a key role in readying Jim’s books and articles for publication. And she strongly supported her daughters in the passionate interests she had handed down to them:  for Sarah, French, and for Susannah, music.

Jackie lived her last five years in Memory Care at the Williamsburg Landing, where she was loved and cared for by wonderful staff.  The family is very grateful to the many caregivers who helped her keep her good cheer and her bright smile for all those years.

A memorial service will be held at 1:00 p.m. on Saturday, September 14, at Bruton Parish Church.  In lieu of flowers, memorial contributions may be made to Bruton Parish Church or to the Cure Alzheimer’s Fund at 34 Washington Street, Suite 310, Wellesley, Massachusetts 02481.