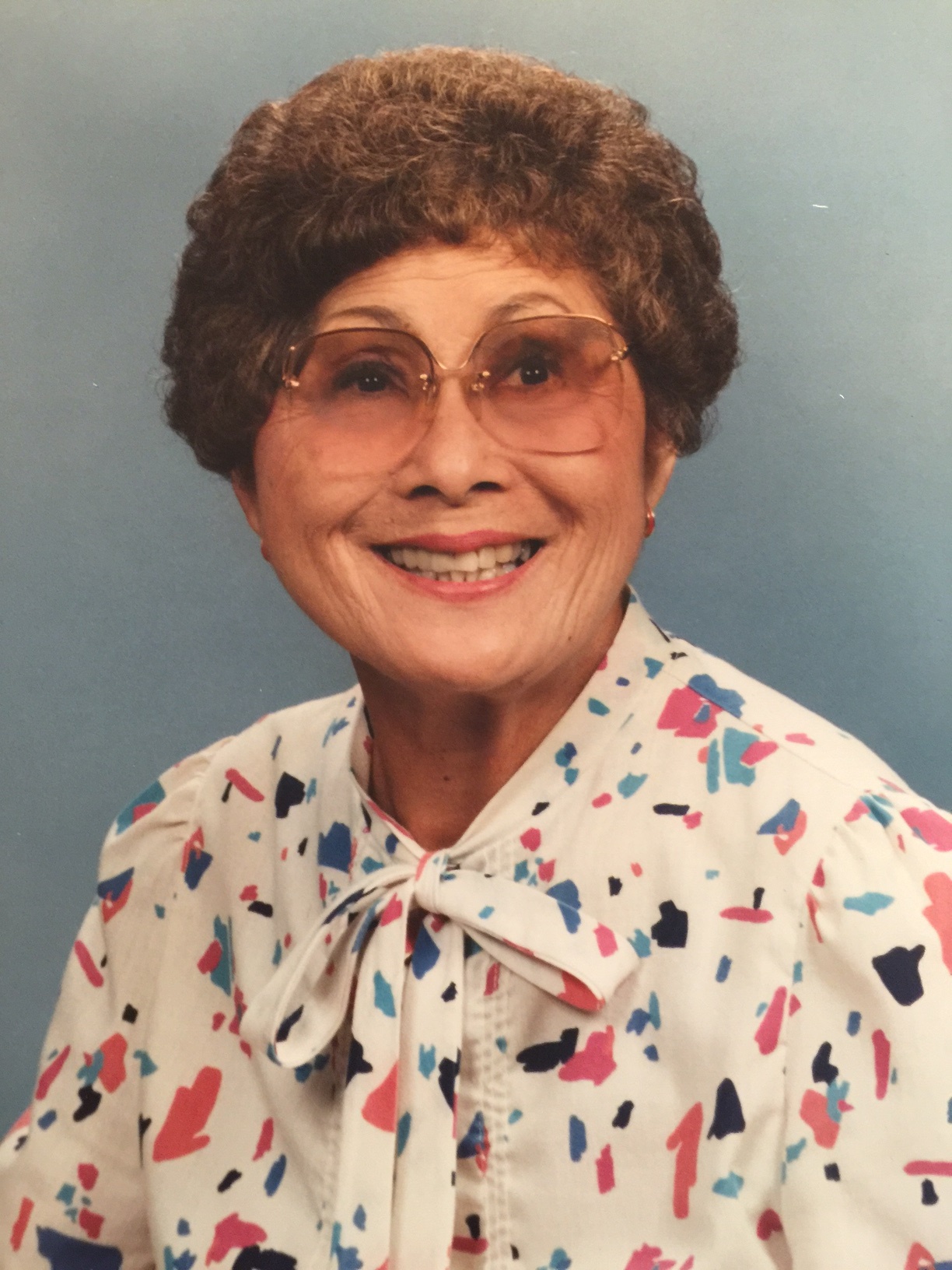 Irene Fukuchi Sadler, age 90, died peacefully in her sleep on September 17, 2016, at Patriots Colony in Williamsburg, Virginia. Born February 10, 1926, in Hilo, Hawaii, to the late Shomatsu Fukuchi and Hatsu Kameda Fukuchi, she was preceded in death by her beloved husband Jack Richardson Sadler (Brigadier General USA-Retired), and four of her seven siblings, Matsue Fukuchi, Sumie Ushijima, Akira Fukuchi, and Kiichi “Fred” Fukuchi, all of Hilo, Hawaii. She is survived by her three sons James H. Sadler of Williamsburg, Virginia; Thomas R. Sadler of Toano, Virginia (Nicole Messier); and John M. Sadler of Williamsburg (Patrice Papalios Sadler) and their two sons, Jack L. Sadler and Ian K. Sadler; a sister, Betty Hamakawa of Hilo, Hawaii; and two brothers, Bruce Fukuchi of Honolulu, and Frederick “Gen” Fukuchi of Hilo. She was an extraordinarily loving and devoted wife, mother and “Grammy”, and a faithful servant to her Lord and savior Jesus Christ. She left behind friends all over the world. She was an exceptional homemaker, a gourmet cook and baker, talented painter and seamstress, avid golfer, skilled bridge player, and a green-thumb gardener. She was as comfortable hosting foreign heads of state for lavish dinners at her house, as she was serving as a Cub Scout den mother, as Clerk of Course at AAU swim meets, or having Bible study in her home. She was a graduate of Hilo High School, class of 1943, and Cannon Business College of Honolulu. Her work career ranged from serving as a bookkeeper in Honolulu, to a budget analyst for the U.S. Air Force in Japan (where she met her husband Jack on a blind date), to a real estate agent in Williamsburg. She grew up speaking English and Japanese, and learned to speak Urdu and Bengali. She and Jack traveled extensively through the Far East, Central Asia, Europe and North America. Their residences ranged from the east end of the Khyber Pass in Pakistan, to the west side of Queens Lake in Williamsburg. She was one of the original residents at Patriots Colony. She was extremely proud of her Hawaiian roots, her Japanese ancestry, and her status as a naturalized Virginian. She was a longtime member of Williamsburg United Methodist Church and a founding member of Wellspring United Methodist Church. Her memberships and associations during her lifetime are too numerous to name in full, but include the Christian Women’s Club, Queens Lake Garden Club, Deer Run Ladies’ Golf League, reading specialist at Clara Byrd Baker Elementary School in Williamsburg, and volunteer at the Watermen’s Museum in Yorktown. She also supported many mission projects. She had numerous miraculous recoveries from severe health setbacks. Her boundless energy and determination will continue to inspire her family and loved ones. Her life was a shining example of constantly serving and loving others, and steadfast devotion to Jesus Christ. Her family will receive friends at Bucktrout Funeral Home of Williamsburg, Virginia, Thursday, September 22, 2016 from 2:00 until 3:00 PM and 6:00 until 8:00 PM. A funeral service will be held Friday, September 23, 2016, 11:00 AM at Williamsburg United Methodist Church, with a reception to follow in the church social hall. Interment will be private, Friday afternoon at Milford Cemetery, Moon, Virginia as she will be laid to rest next to her beloved husband Jack. Memorial contributions in honor of Irene Fukuchi Sadler may be made to the Patriots Fund, c/o Patriots Colony at Williamsburg, 6000 Patriots Colony Drive, Williamsburg, Virginia, 23188; or Williamsburg United Methodist Church, 500 Jamestown Road, Williamsburg, Virginia, 23185. Her family would like to thank the staff at Patriots Colony for their years of compassion and outstanding care. Arrangements by Bucktrout Funeral Home and Crematory. Condolences may be made to the family at bucktroutfuneralhome.net