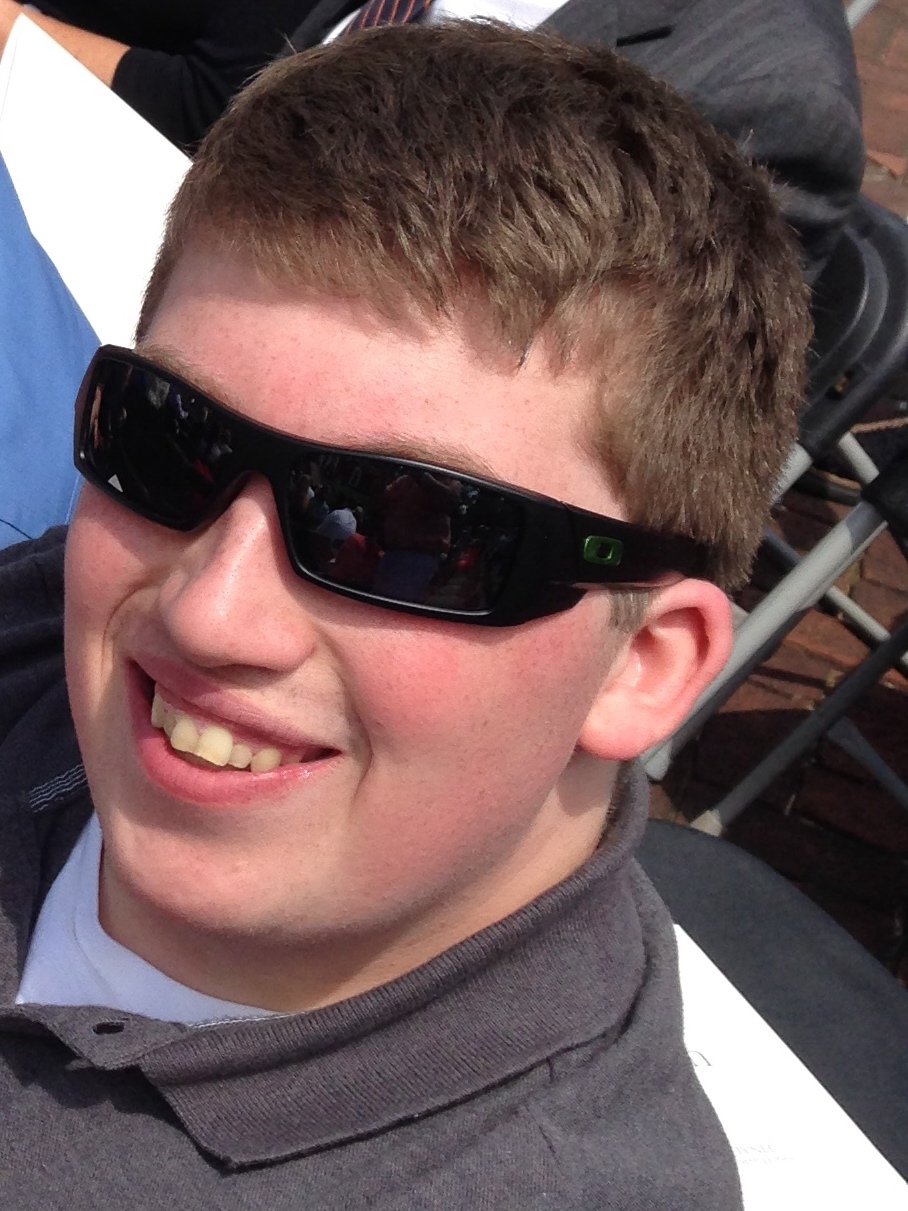 Ian Patrick Homewood, born June 11, 1992 died unexpectedly at home on July 23, 2014. Our profound joy of 22 years, 1 month, and 12 days has been replaced by profound sadness. Ian lived life to the fullestóhis radiant smile illuminated a room and his sense of humor could bring laughter in any circumstance. The world was a better place with Ian in it. He loved everyone and never met a stranger. Ian graduated from Lafayette High School in 2010 still disappointed that he had not finished at Jamestown where he started as a freshman. Afterward, he spent 2 years at Thomas Nelson Community College, but his heart was never in the books.

Ian loved his family, friends, and the outdoors unconditionally. He treasured time with his sisters, nephews, cousins, aunts, uncle, parents, and grandparents and would give up work, sleep and play to be with family. For Ian, friendship was a full on contact sport; nothing casual or superficial about it.

Ian grew up through Scouting and, like everything else in life, he rode it for all it could offer. Ian earned his Eagle Scout award as a member of Williamsburgís Troop 103 after having also earned the Arrow of Light award with Pack 103. Ianís Eagle Scout project was building 2 waysides along the Greensprings section of the Virginia Capital Trail. Ian attended the 2005 National Scout Jamboree, Philmont Scout Ranch and Florida National Seabase. Ian became a Vigil Honor member of Wahunsenakah Lodge, Order of the Arrow from which he received the Silver Duck Award and Founderís Award. He was recognized with the BSA William T. Hornaday Conservation Award meeting the requirements in part by constructing with his BFF a trail connecting the Indigo Park and Meadows neighborhoods. This experience led Ian to his most special placeóBayport Scout Reservation in Jamaica, VA. At Bayport, Ian worked on camp staff but volunteered much more. He would spend the bits and pieces of time he could cobble together doing whatever he could to be helpful, including learning how to unclog toiletsóall with that infectious grin of his never dipping.

As a part of Ianís Scouting journey, he earned the God and Country Award during which time he began his association with the Small Group at Williamsburg Community Chapel. Over the balance of his life, the Small Group provided Ian with spiritual guidance and direction, in addition to being a fun group to hang with.

Ian, at an early age demonstrated incredible hand-eye coordination and as he grew up became a devoted sportsman. He played baseball in the Williamsburg Youth League (Go Cards!) and later for Berkeley Middle School. He enjoyed tennis, snowboarding and golf as well as paintball (is that really a sport?). But he was also a FANónothing was allowed to disturb his watching of ìhisî teamsóNew England Patriots, Saint Louis Cardinals, and Pittsburgh Penguins on the professional side and Syracuse and William& Mary collegiately. Last December, Ian fulfilled a dream by attending a New England +Patriots game in Foxboro.

Ian leaves behind many, many friends and family who have all had their lives enriched by having known him. Of special note are parents, Cindy and George Homewood, sisters Brooke (Jason) Svadeba, and Erin (Tim) Kegelman, grandparents Katrina Homewood and Helen and Bill McClintick, nephews Eric, Josh and Seth Svadeba, special cousin Casey McClintick-Sink, and BFF (and fellow Eagle Scout) Franky Martin.

Ian was happiest when with people and especially when he was helping them. His life was done too soon and he will be profoundly missed by all of us who had the privilege of knowing him and loving him.

Ian, we love you.