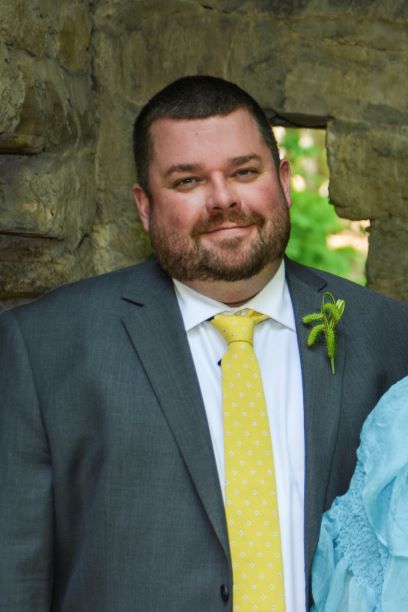 Heath D. Bradford, age 41, died on Monday, December 3, at his parents’ home in Williamsburg. He was born June 2, 1977, in Summersville, West Virginia to Larry and Rita (Grayson) Bradford. He grew up in Woodstock, Virginia, and was a graduate of the College of William & Mary (1999) and the T.C. Williams School of Law at the University of Richmond (2006). To many locals and visitors in Williamsburg, Heath’s presence behind the bar at Berret’s Seafood Restaurant provided endless comic relief in the driest sense, advice for the thick-skinned, and updates on Premier League Soccer. Heath’s candor led to deep friendships with regular visitors from around the country, and his unique collection of refrigerator magnets and gag-gifts that were brought to him over the years by patrons is a testament to his ability to connect with anyone. To his friends, Heath was a world-renowned chef who served small-batch wonders out of his kitchen, a sounding board for discussing all of life’s problems, and a bottomless well of honesty. Heath’s special brand of friendship was one where nothing was off limits, nothing escaped his quick wit, and sarcasm was how he expressed his love. Heath had many attributes: loving dog-dad, prodigious reader, and Coen Brother film aficionado; but the one that rose above all others was his rare ability to simply be the person his friends needed. He is survived by his parents; a brother, Zach (Jean) Bradford; his beloved nephew Peter; and his four-legged companions Giada and Albert. Friends, family, and all those that enjoyed their time with Heath are invited to Bucktrout Funeral Home, 4124 Ironbound Rd., Williamsburg, from 4 p.m. to 7 p.m. on Friday, December 14, to reminisce, grieve, and talk about better times. In lieu of flowers, please consider making a donation to the Heritage Humane Society (heritagehumane.org).