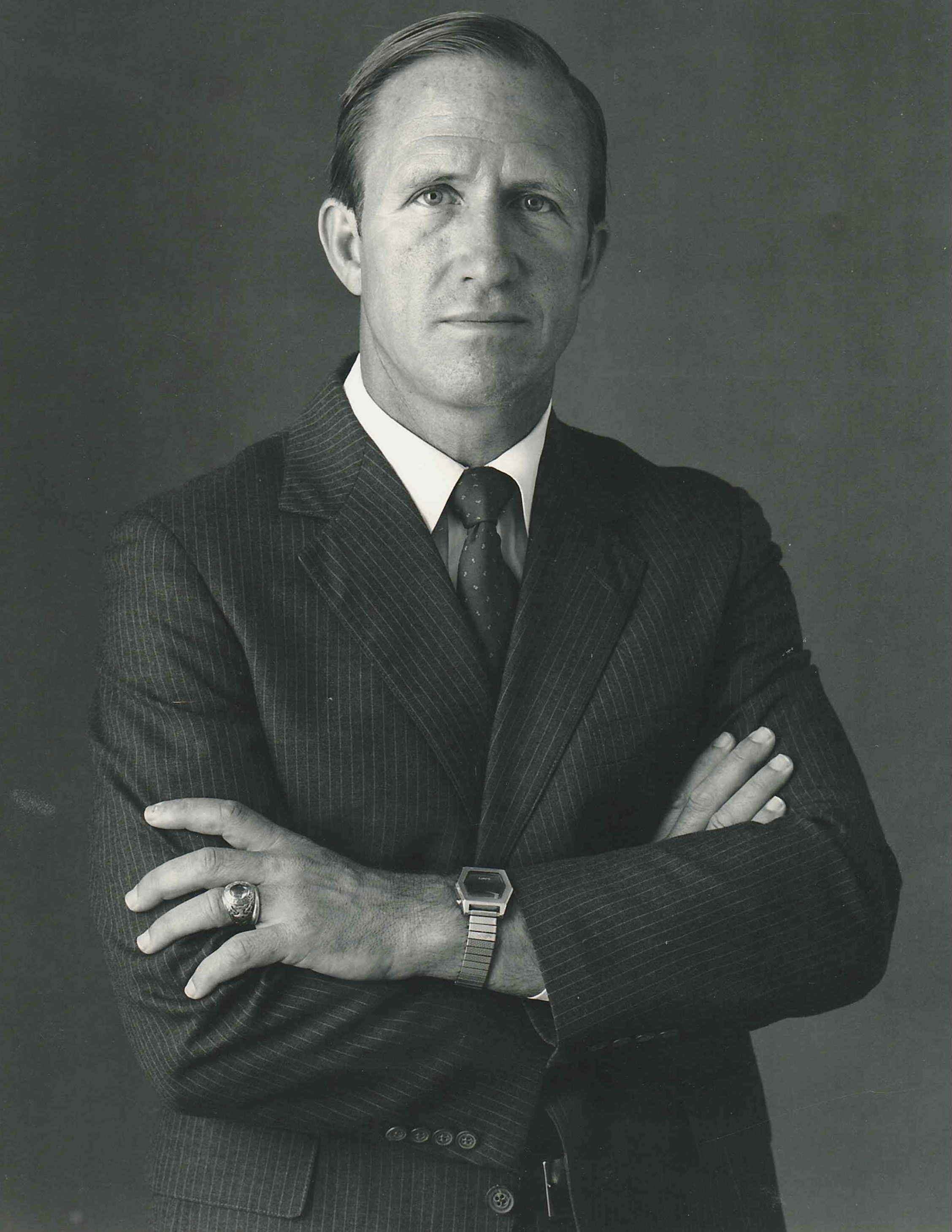 Harry Ned Walters, 83, of Coral Springs, FL passed away at his home surrounded by loved ones after a 6 month battle with tongue and neck cancer on August 19, 2019.

Harry is survived by his devoted wife of 57 years, Illa Walters, his son, Bradley Walters, his daughter Kelly Walters Decker and her husband Tim.  He has three grandchildren: Katherine, Nicole and Harry (Hank).

Harry was born to Harry Wilbur and Orpha Mae Walters in Fostoria, OH on July 4, 1936.  He was the youngest of his 3 siblings, George Walters, Florence Heisler and Madelyn Rutman.  George was a waist gunner on a B-24 flying 40+ missions over Europe and Florence was in The Women’s Army Corps (WACS) in 8th Army Air Corps headquarters.

He attended Mariemont High School, outside of Cincinnati, where he excelled in sports and academics.  Harry was recruited to play collegiate football for Col. Earl “Red” Blaik at the United States Military Academy.  During his time at West Point, he was a fullback on the last undefeated Army football team, earning Honorable Mention All American, graduating in 1959.  He then served in the United States Army Infantry Special Forces from 1959 to 1962, followed by 6 years in the Reserves.

Following his army service, Walters began his civilian career with Pure Oil Company in Fort Lauderdale, FL. His career switched from oil to paper starting with Kimberly-Clark, first in Neenah, Wisconsin, then in Kalamazoo, MI and finally in New York City. He left Kimberly-Clark in 1975 to become executive vice president of the Standard Paper Manufacturing Company in Richmond, Virginia. He then spent 1976-77 as a management consultant with Howard Paper Mills, Inc. in Dayton, Ohio. In 1977, he became the owner and CEO of the Potsdam Paper Corporation.

In May 1981, President of the United States Ronald Reagan nominated Harry to be Assistant Secretary of the Army (Manpower and Reserve Affairs).  He held this office until 1983 when he was nominated to be Administrator of the U.S. Veteran’s Administration, serving in this position until1986.

In 1986, he became CEO of the Great Lakes Carbon Corporation, holding that position until 1993. At the request of the White House, he oversaw the National Victory Celebration on June 6, 1991,  a parade attended by more than two million Americans to welcome home our troops from Gulf War I in Washington, DC.  From 2001 to 2003, he was a commissioner on the President’s Task Force to Improve Health Care Delivery for Our Nation’s Veterans

In 2006, Harry founded his non-profit organization, Veterans Coalition, Inc., which established, with our nation’s veterans’ service organizations as his partners, the “Commission on the Future for America’s Veterans.” to develop a long-term strategy for the Department of Veterans Affairs. The Commission was funded and managed independent of government influence and at its conclusion in 2009 proposed a completely new approach for how the Department of Veterans Affairs (DVA) could be structured – suggesting that it become a “government corporation.”

After moving to Williamsburg, VA in 1993, he established his consulting company, Harry N. Walters Consulting, Inc., working to assist companies with veteran-centric products or services. His was still actively consulting until just after his diagnosis. During his time in Williamsburg, he was a very active member of CrossWalk Church.

In 2011, he spearheaded the building of the Veterans Tribute Bell Tower in Williamsburg, organizing a 2-day Veteran’s Day celebration including a Veterans Day Parade and dedication of the bell tower on November 11, 2011.

In 2018, he and his wife Illa moved to warmer weather in Coral Springs, FL.

His passions in life were for his family, friends and teammates; Army Football; helping veterans; and above all else his God.

Although his accomplishments are many, the true significance of his life was in his Lord, Jesus Christ, for whom he worked this entire life to give glory.

A memorial service will be held at 10a.m. on Saturday, September 7, 2019 at CrossWalk Church. In lieu of flowers, memorial donations may be made to his Treasured Memories Memorial Fund (https://www.tmcfunding.com/funds/in-memory-of-harry-walters/3731/), in which all funds will be given to the Army A Club, specifically directing your donation to the Army Black Knight football program.