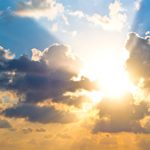 After being drafted into the U.S. Army, he served two years at the Army Aviation Center, Ft. Rucker, Alabama, before returning to the Medical College of Virginia to complete a residency in radiology.

In 1968 Harry moved with his family to Williamsburg to become the first full time radiologist at Williamsburg Community Hospital. Later, he served as Chief of Staff there and as a Vice-President of the Medical Society of Virginia. He was inducted into the American College of Radiology as a Fellow in 1991.

Active in his church and community, Harry served Bruton Parish Church as a Sunday School Teacher, Sunday School Superintendent, and Vestry Member. For many years he was an energetic volunteer in his Queens Lake Community. He especially appreciated time with his family; fishing, traveling, flying, gardening, and woodworking were among his favorite pastimes. Harry delighted in hearing a good joke and had a wonderfully happy and infectious laugh.

The family extends its deep gratitude to his faithful friends and caregivers. Burial will be private at a later date. In lieu of flowers, memorial donations may be made to your favorite charity.