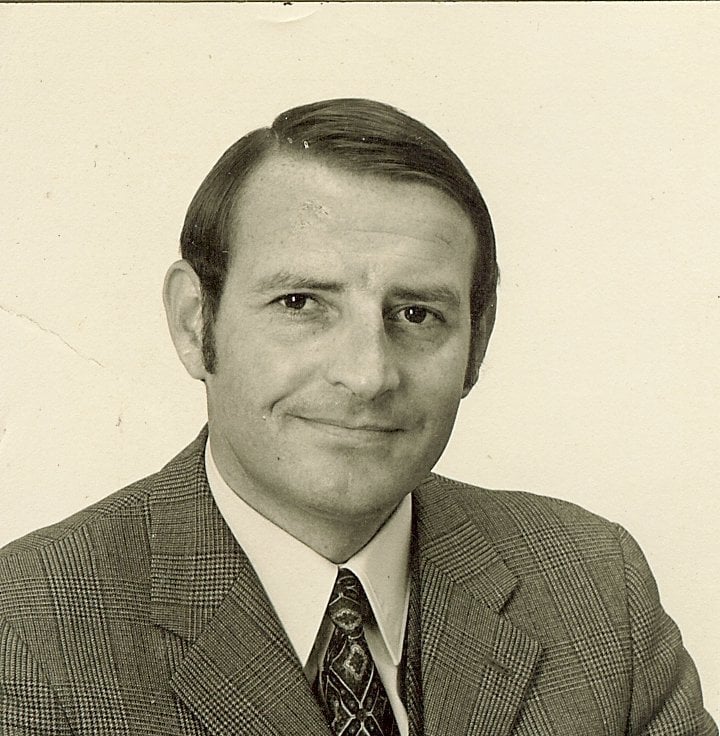 Hans Jakob Sailer passed away on July 12, 2013. He was born in Tuebingen, Germany on August 26, 1934, the son of the late Mina Sailer-Seyfried and Hans Sailer. He was a Presbyterian. Hans grew up in Tuebingen, Germany and graduated from Kepler Gymnasium in 1952 and from Industrie und Handelskammer, Reutlingen with honors in 1955. He served an apprenticeship with Montanwerke Walter AG, Tuebingen where he later worked as a Tool Designer. He immigrated to USA and arrived in New York on October 28, 1958. He had met his future wife Evelyn Johnson Sailer while she was studying in Tuebingen and they married in Ho-Ho-Kus, NJ during the Christmas holidays 1958. Beginning in 1959, he worked for many years as Engineer on a Special Assignment with Delco-Remy Div., GM in Anderson, Indiana where their son Ken and daughter Karen were born. Hans became a naturalized citizen of USA on March 16, 1963. He transferred to Valenite Modco in Duesseldorf 1972-1973, and they lived in Kaiserswerth near the Rhine. They returned to Summerville, SC to start a Diesel Fuel System manufacturing facility for Bosch. Later he joined Bendix in Newport News in 1978. Bendix was acquired by Siemens Automotive. After retiring in April 1997, he worked as a consultant the next two years for Siemens. He was awarded numerous patents during his career.

Hans actively swam in Southern Germany, and, for many years, was active in competitive swimming, beginning as a swimmer, then as a coach. He supported AAU Age group swimming with his children. He loved cooking, gardening, stamp and coin collecting, playing bridge, and he enjoyed traveling in 34 countries on three continents for business and pleasure.

He is survived by his wife of 54 years, his son Kenneth and daughter-in-law Susan of Lawrenceville, GA; his daughter Karen Sailer Stotlar and son-in-law James Stotlar of Virginia Beach and three grandchildren: Jacob Stotlar, Samantha Sailer and Sabrina Sailer; a sister, Ursula Fricker of Middletown, NJ; a brother, Klaus Sailer in Munich, Germany and step brother, Engelbert Seyfried of Freudenstadt, Germany; as well as many cousins and nephews.

A memorial service will be held on Thursday, July 18, 2:00 pm at Williamsburg Presbyterian Church. The family requests that donations be made to the James City County Fire Department, P. O. Box 7048, Williamsburg, VA 23185.