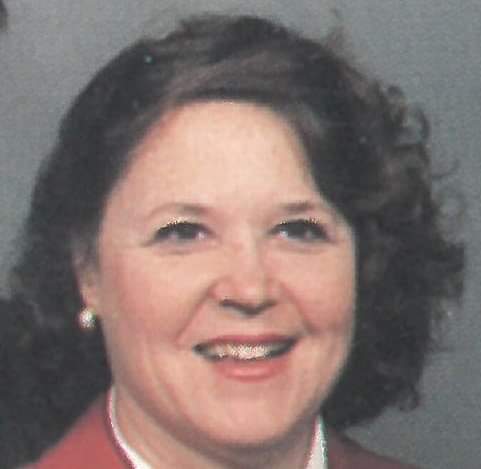 Gladys Jean Victor (Richardson) passed away on October 23, 2021 with both her son and a good friend at her side after a short battle with a terminal illness.

Born on June 2, 1942, in Richmond, VA, Gladys was raised from humble beginnings in a small home of one of the first families of Sandston, VA. She was the eldest of two daughters of the late Nellie May (Barnett) and Whitfield P. Richardson.

While living in New Orleans, LA, in the late 1960’s she met and married Jack R. Victor, and they moved to Republic, MO where she lived until 1977.

In 1975 she gave birth to a son, and her only child, Jay Philip Rupert Victor. In 1977 she would find herself divorced, a single mother, and starting a new life.

In 1982 she moved to Richmond, VA and sacrificed to provide the best education and experiences for her son, including numerous year-round sporting and educational activities.

Gladys, a woman of deep faith in God, joined Trinity UMC in Richmond, VA in 1982 where she and her son actively participated in church programs.

A Gold Award recipient in Girl Scouts, she inspired her son to join Cub Scouting in 1983 as a Tiger Cub in Pack 799, at Trinity UMC, one of the first Tiger Cub Dens in the Robert E. Lee Council, BSA. Through her unwavering support, she would proudly see her son achieve the Arrow of Light, Eagle Scout, and many other prominent Scouting Awards.

After the death of her father in 1994, she moved to Williamsburg, VA, and would become a business owner and entrepreneur, as well as, an active member of the local community. She was a member of the Yorktown Preservation Society, the Williamsburg Yorktown American Revolution Round Table, and she was a faithful member of her local prayer group.

Gladys enjoyed traveling, and traveled to many places around the world, including a medical mission trip to Honduras with Williamsburg UMC. Her favorite place to travel was Cabo San Lucas, MX, where she traveled frequently.

She was deeply patriotic, and she loved reading non-fiction books. She was a Paul Harris Fellow with Rotary International, a Heritage Society Member with the Heart of Virginia Council, BSA, and was awarded Member of the Year of the Richmond Property Owners Association.

Gladys was a natural-born caretaker with a great sense of humor, an infectious smile and laugh with a golden bedside manner. She was very independent and strong, a loyal and helpful friend to many. Someone who truly lived the concept of ‘service above self’. She was best known for her thoughtfulness, kindness, and immense generosity of her time and talents, all done in the service of others.  She lived Acts 20:35, “And I have been a constant example of how you can help those in need by working hard. You should remember the words of the Lord Jesus: ‘It is more blessed to give than to receive.'” in her daily life.

A Memorial Service and Celebration of Gladys’ life will be held on Thursday, November 11, 2021 at 3:00PM at Legacy Hall, 4301 New Town Avenue, Williamsburg, VA 23188. Friends and family are invited to attend. Burial will be private. In lieu of flowers, donations can be made to the following organizations in Gladys Victor’s memory: American Cancer Society (PO Box 22718, Oklahoma City, OK 73213 – Please note ‘In Memory of Gladys Victor – Colorectal Cancer’ on donation). Heart of Virginia Council, BSA Endowment (8090 Villa Park Drive, Henrico VA 23228) and Hospice House of Williamsburg (4445 Powhatan Parkway, Williamsburg VA 23188)