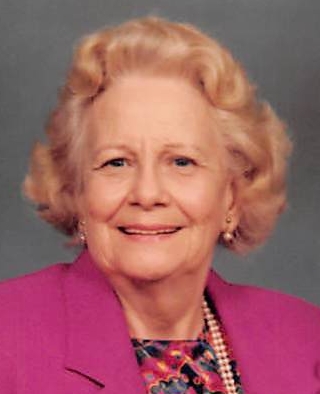 Geraldine “Jerry” Estelle LaForest, age 95, her true given name being Jeralin, went to be with our Lord at 2:30 in the afternoon on January 29, 2016. She was with family at home in Williamsburg, Va. when her heart quietly stopped beating.
Born in North Carolina, Jerry grew up as a country farm girl, but always with an adventurous spirit. At the young age of 18 she moved to Washington, DC where she began working in a small drugstore downtown. Later she would work at Acacia Life Insurance Co. in the secret code room, keeping information on celebrities’ insurance policies. After a whirlwind courtship that started on a roller coaster ride at Glen Echo, she married her first husband, Louis Tavarozzo in 1942. They were married nearly 30 years. His sudden death in 1973 from a fatal heart attack prompted her to go back to retail management until her retirement. In addition to being a ball room dancing champion, she belonged to several social clubs, where she met and married her second husband Garland Franklin in 1981. This created a “Brady Bunch” family of three boys and three girls. The adventure continued as they traveled extensively, and doted on their blended family until Garland’s death in 1997. During their 16 years of marriage she spent 10 years writing her first historical novel. Since then she finished her memoirs, and began her second novel.
In 1999 Mike LaForest, a former friend from her exercise class became her third husband, and fellow adventurer until his death in 2006. Sometime after Mike’s death, she moved to Williamsburg, Virginia to be closer to family where she enjoyed her days writing, oil painting and reading. Jerry grew up as a member of Philippi Church of Christ in Creswell, NC, and spent over 60 years as a member of Landover Christian Church, in Landover MD. Her strong Christian faith guided her through life. She was a devoted Mother who put family and faith before anything else, and just before her death reveled in the birth of her 6th great grandchild.

Jerry, beloved daughter of Dora Alice and James Bennet Snell is survived by her sister, Joyce Phelps, her daughter Susan Weismiller and husband Ron, daughter Cathy Ellen Tavarozzo, son Gregory Tavarozzo and wife Catherine, son Gary Franklin and former wife Linda, Wayne Franklin and wife Linda, daughter Carol Walker and husband Larry, 7 grandchildren, 6 great grandchildren and nieces and nephews throughout the country.
Funeral Services will be held on Friday, February 5th at 3 pm at Williamsburg Baptist Church, 327 Richmond Road, followed by a reception in fellowship hall. Interment will be one day later at Fort Lincoln Cemetery, MD. There will be a viewing on Friday, February 5th at 11am to 1 pm at Bucktrout Funeral Home, 4124 Ironbound Road, Williamsburg, VA.
In lieu of flowers, the family asks that you make memorial contributions to her childhood church, Philippi Church of Christ, 73 Old Cherry Road, Creswell, NC 27928 or Shriners Hospital. Online condolences can be shared with the family at bucktroutfuneralhome.net