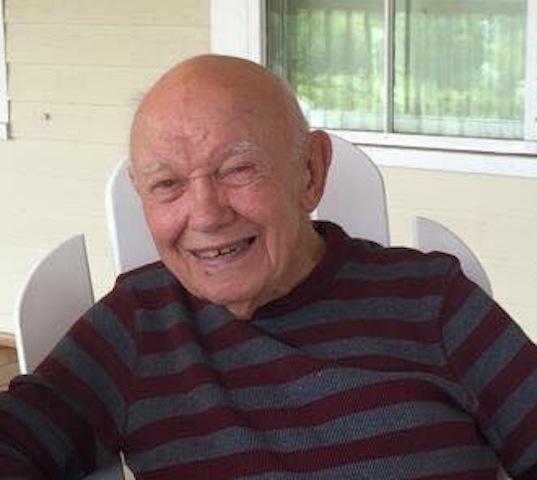 Gerry was born on September 10, 1923, in Watertown, MA. He attended Winooski, VT schools graduating in 1941 and graduated with a Master’s Degree in Education from the University of Vermont in 1949. After graduate school he worked for 34 years at the State of Vermont in various capacities starting as the Juvenile Probation and Parole Officer for Northwestern Vermont, Institutional Parole Officer at the Windsor State Prison, Executive Secretary for the Governor’s Committee on Children and Youth and as Program Director in the Office on Aging. During his career, he was honored by the Vermont Conference of Social Concerns for his work with juveniles and elderly citizens.

Gerry enlisted as an Aviation Cadet with the Army Air Corps in December of 1942. He became a flight officer/navigator for B-24 bombers and his unit, the 459th Bomb Group, was deployed in May of 1944 to Italy. He completed 51 missions in November of 1944 and was rotated to the United States. He left active service in November of 1945 transferring to the inactive reserve. He stayed in the US Air Force reserve until August of 1972 retiring at the rank of Lt. Colonel. During his reserve service he served as liaison officer to the US Air Force Academy for Vermont. In his retirement, he became active in his bomb group association as a member and officer attending annual reunions all over the United States.

He married Barbara Fuller Law of Springfield, MA on June 26, 1946 and during their life together resided in Vermont in the communities of Colchester, Burlington, Windsor and Northfield. Upon their retirements, they relocated to Englewood, FL. Gerry was a member of the United Church of Christ in Northfield, VT.

Gerry loved golfing being a member and serving on the Board of Directors of the Northfield Country Club. He loved being involved in community affairs serving as village treasurer for several years. He enjoyed attending the activities in which his children and grandchildren participated traveling all over Vermont and the Northeastern United States to attend soccer, basketball, hockey and baseball games. He and Barbara enjoyed dining out and traveling all over the world with family and friends.

He is survived by two sons, Robert Greemore of Barre, VT and David and Susan (Trombley) Greemore of Williamsburg, VA; three granddaughters Sara Lowry and her husband Tyler of Columbus, OH, Casey Kropelin and her husband Nick of Merrimack, NH, Chelsea Greemore of Raleigh, NC; a grandson Geoffrey Greemore of Barre, VT; two great granddaughters Elizabeth and Parker Lowry; a sister in law, Mary Goding of Rochester, VT and several nieces and nephews. He was predeceased by his parents; wife, Barbara; brother, Eugene R. Greemore and his wife Margaret; daughter in law Lenora Deforge Greemore; brother in law and sister in law, Sid and Betty Jean Law; and brother in law, George Goding.

Memorial services will be held at a later date and he will be interred at the Vermont Veterans Cemetary in Randolph, VT. Donations in lieu of flowers may be made in his memory to the United Church of Northfield, VT or a charity of choice.