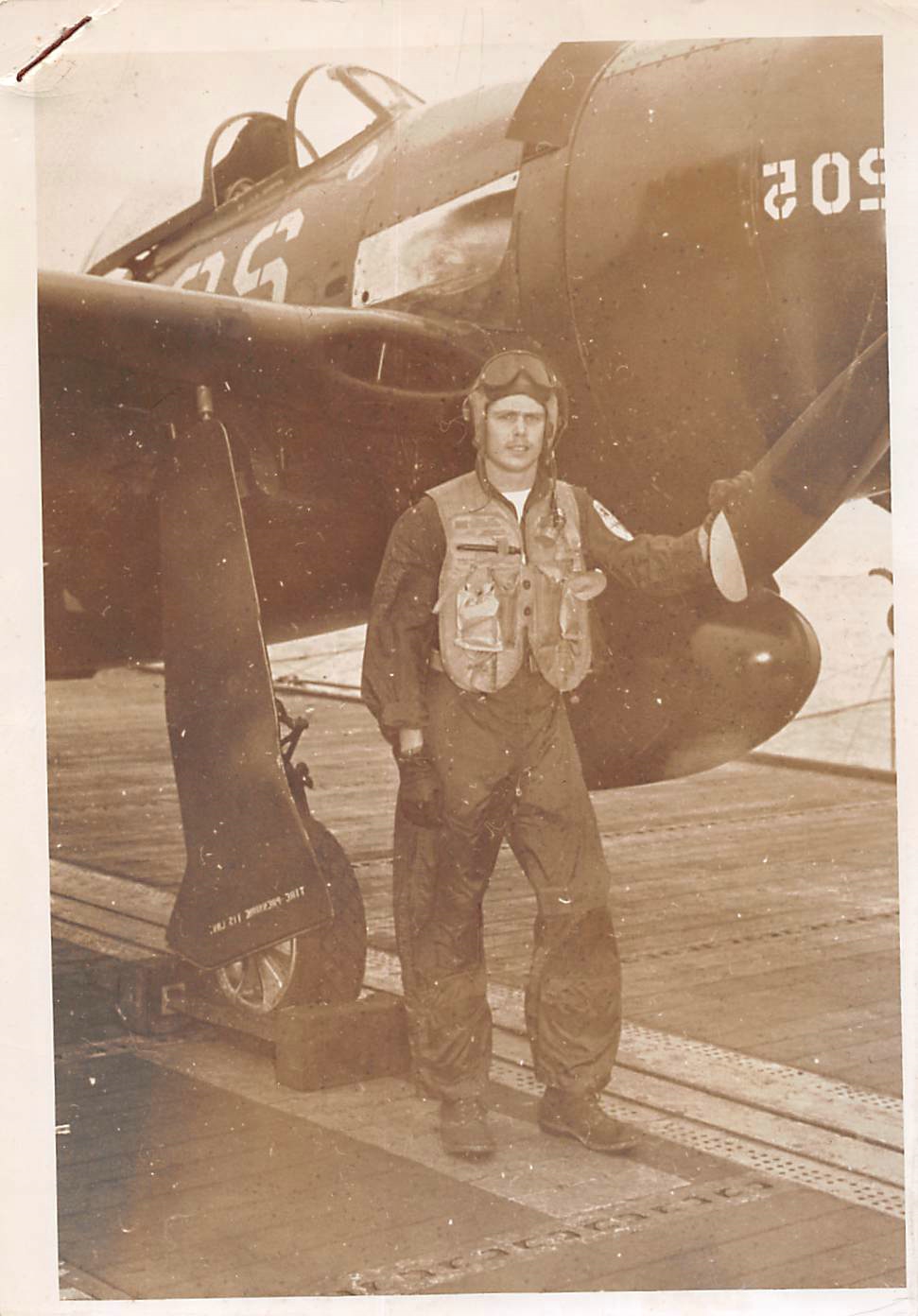 George Thompson, age 92, passed away on August 5th at Riverside Doctor’s Hospital in Williamsburg, VA.
George was born on June 30, 1926 in Elizabeth, NJ. Growing up, George was an avid outdoorsman and tireless worker. Boy Scouts were an integral part of his early years culminating in a 4 week unassisted hike along the Appalachian Trail. During his teens, he took advantage of the WPA program and spent two summers helping build what is now the NJ Turnpike.
As soon as his 18th birthday arrived, George marched into the Navy recruiting office to pursue his childhood dream of becoming a Naval Aviator through the V-2 program. He earned his coveted ‘wings of gold’ in 1946 which led to a career in the Navy along with a passion for aerospace development. George’s Naval career lasted over 20 years between active and reserve duty and he retired as a Lieutenant Commander.
George found employment with Thiokol Industries after earning his engineering degree from Stevens Institute of Technology. There, he spearheaded the X-15 program and was instrumental in developing the engines which would later be used in the space shuttle program. Not surprisingly, due to his performance at Thiokol, George was recruited by Grumman Aerospace where he rose to the position of head of the marketing department and spearheaded such programs as the F-14 Tomcat, EA-6B Prowler, EF-111A Raven and the lunar landing module just to name a few.
During this time, George fell in love with and married Ann Meder of Pittsburgh, PA. They wed in 1957 and raised three boys – Eric (Janet), Peter (Teresa) and Jeffrey(Paulina). Scouting, sailing, camping, exploring, skiing and all sports were an integral part of his life’s teachings for the boys – along with many impromptu lessons of how not to do things!
Upon retiring from Grumman, George and Ann moved to Williamsburg, VA in order to be near grandchildren, play unlimited golf and escape the traffic and climate of the northeast. Dad continued to play golf until his 90th birthday. There, they both found time to volunteer with numerous organizations and spoil all 5 of their grandchildren – James (Micah), Julia, Benjamin (Dana), Frederick and Anna, and their two great grandchildren Hailey and Riley. Williamsburg turned out to be their base of operations as they loved to travel extensively pursuing both nature and history. Countless national parks, touring throughout Europe, South America, and Australia, even retracing the Lewis and Clark trail were all in their repertoire.
In 2014, they moved to Williamsburg Landings where Ann unfortunately passed later that year. After mom passed away Dad found great companionship from his friend Linda Gyrog. We are thankful for his care from many talented professionals at the Landings as well as the staff at Riverside Doctor’s Hospital.
A service will be held on Friday, August 24th at 11am at Williamsburg Presbyterian Church. There will be a reception in Stephenson hall at the church immediately following the service.