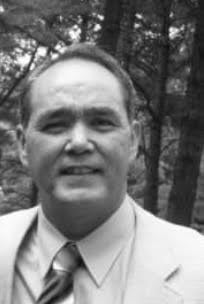 George Bottles, 61, was called to his eternal home with Jesus unexpectedly on May 20, 2022, after a life full of good coffee, corny jokes, and wearing outlandish outfits that embarrassed his family because he didn’t care what others thought of him. Born on December 31, 1960, in Okinawa, Japan, to Setsuko Kuba and Richard Bottles, George moved to the United States as an infant and lived in California and Texas before eventually settling in Williamsburg.

George was best known in the community for his years spent coaching at Williamsburg Volleyball Club, where he shared his love for solid technique and mental toughness with too many players to count. Referees will remember George as argumentative and vocal, and his former players (including his own children) will remember the time he galloped around the court during a match yelling, “This! This is how you move your feet!” To say he was passionate and committed to his craft is an understatement.

In addition to his love for volleyball, George was a talented musician who could play any instrument he picked up and loved incorporating the bass line from “The Joker” by Steve Miller Band into worship songs at church. He also enjoyed fishing, especially at night in his bright orange overalls and work boots, a love that he passed on to his son.

George, who pursued several careers in his adult life, could teach himself anything. His ability to fix any machine or appliance was nothing short of miraculous, and he was always willing to lend a helping hand to those who needed his services.

His Christian faith was the cornerstone of George’s life. He always prayed that his children would grow up to be a blessing to many, and he loved the Lord with all his heart, soul, mind, and strength. He served as an interim pastor in the early 2000s and played worship music at the Williamsburg Christian Retreat Center. He constantly reminded his family, “Don’t sweat the small stuff. And it’s all small stuff.” And he was right. His commitment to following Jesus was steadfast and unwavering, no matter what challenges he encountered.

He was preceded in death by his father, Richard, and his brother, R.C. George is survived by his wife, Anne, whom he married in February of 1988 in Beaumont, TX; his children, Christine (Randy) Suders; John (Summer Ligon) Bottles; and Michelle (Brian) Campbell; his siblings, Sophia Ballard and Carla Bottles; his mother, Setsuko Tairason; and his adoring grandchildren who all called him “Pop Pop”: Travis, Riley, Nolan, and Micah Campbell; and Katherine and Lillian Suders.

A private service for immediate family will be held. In lieu of flowers, the family requests memorial donations be made to fellow volleyball coach Chris Wakefield’s GoFundMe, Team Wakefield. Email [email protected] for more info. The family wishes to extend their gratitude to friends, family, and Williamsburg Volleyball Club.

In closing, we would be remiss if we didn’t share George’s most infamous joke with the world: