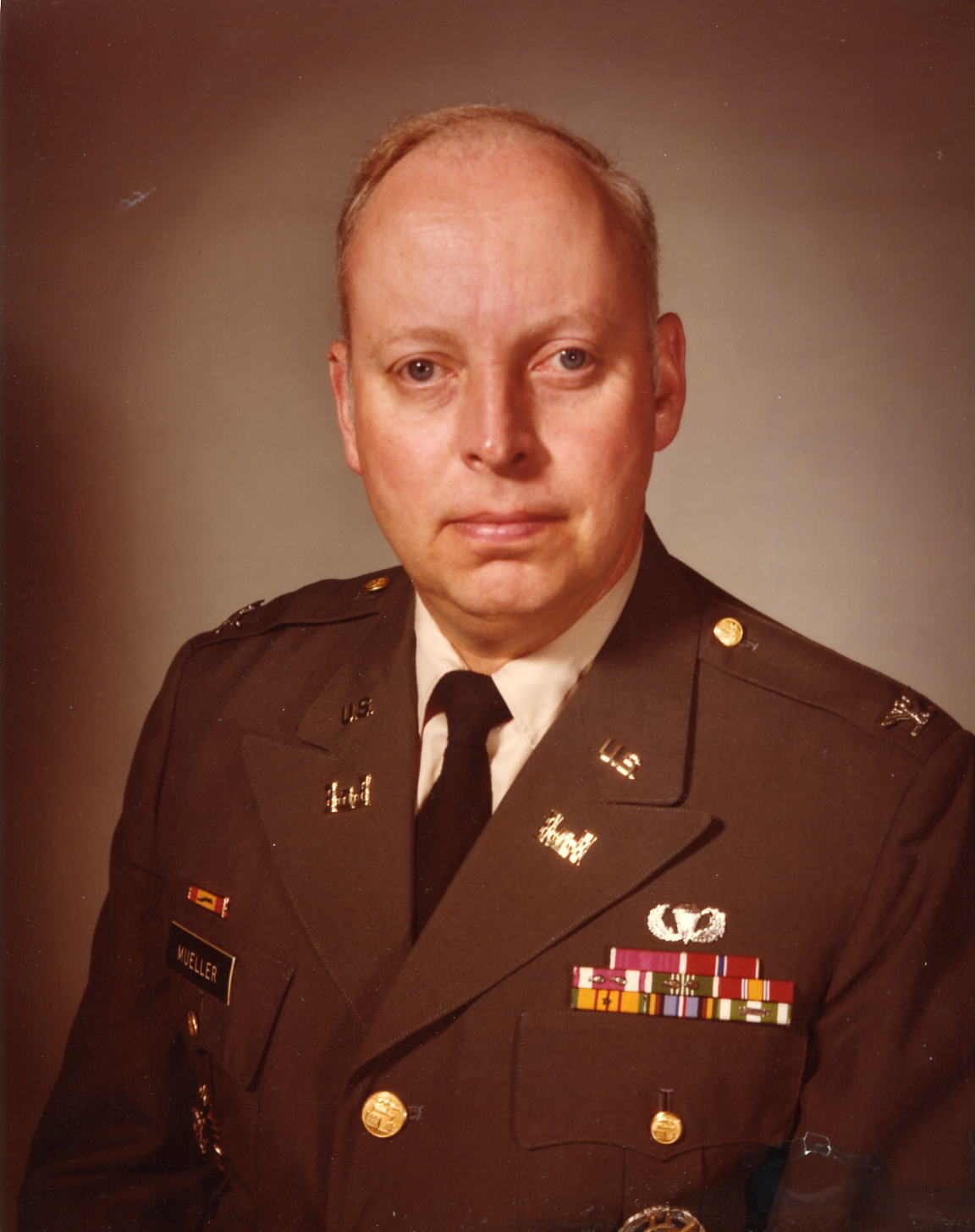 Colonel, USA (Ret) Frederick William Mueller, Jr, lately of Williamsburg, died quietly in his sleep on May 7th after a long battle with cancer. He was 80. ìFritzî had a long and distinguished military career spanning the cold war, Vietnam and beyond. His second career was spent as Assistant to the Director of the Regional Water Utility in Newport News. VA.

Born in Atlanta, he was the son of the late Frederick William Mueller and Alma Mueller. Following graduation from the Citadel in Charleston, SC in 1955 with a degree in Civil Engineering, he was commissioned as a second Lieutenant in the US Army. In 1956 he gyroscoped with the 3rd Armored Division to Germany, where he met and married Christa Huchthausen.

Fritz received a Masterís degree from Purdue University and graduated from the Army CGSC at Fort Leavenworth, Kansas, and the Navy War College in Newport, RI. He was a registered Professional Engineer in the State of Wisconsin. His career with the Army Corps of Engineers included a variety of assignments which included Vietnam, assignment to the 101st Airborne Division at Fort Campbell, KY; Korea, an engineer battalion command at Ft. Rucker, AL; the Army Engineer District in Seattle, WA a tour with NATO in Brussels, Belgium, and assignment as District Engineer in Rock Island, Illinois. His last military assignment was as the Resident Member of the Board of Engineers for Rivers and Harbors. His numerous decorations included the Legion of Merit with two oak leaf clusters, a Bronze Star and Defense Meritorious Service Medal.

After retirement from the Army and twelve years with the City of Newport News, the family enjoyed summers at their cottage on Frye Island, ME, where Fritz was active in the town government and the fire department. In the off seasons he indulged his love of woodworking, travel and archaeology. For almost twenty years he became a regular volunteer for the Jamestown Rediscovery project. He has been a founding member of the new Tidewater Virginia Historical Society, and since 1997 was a faithful part of the team uncovering the ìNorthern Virginia Colony,î Ft. St. George at Popham Beach in Maine.

A memorial service will be at St. Martinís Episcopal Church in Williamsburg at 2PM on Wednesday, May 14th. A late summer burial at Arlington is pending. In lieu of flowers, memorial gifts may be made to the Citadel Foundation;171 Moultrie St., Charleston, SC 20409, or to Jamestown Rediscovery Project at Historic Jamestown; 1365 Colonial Parkway, Jamestown, VA 23081.