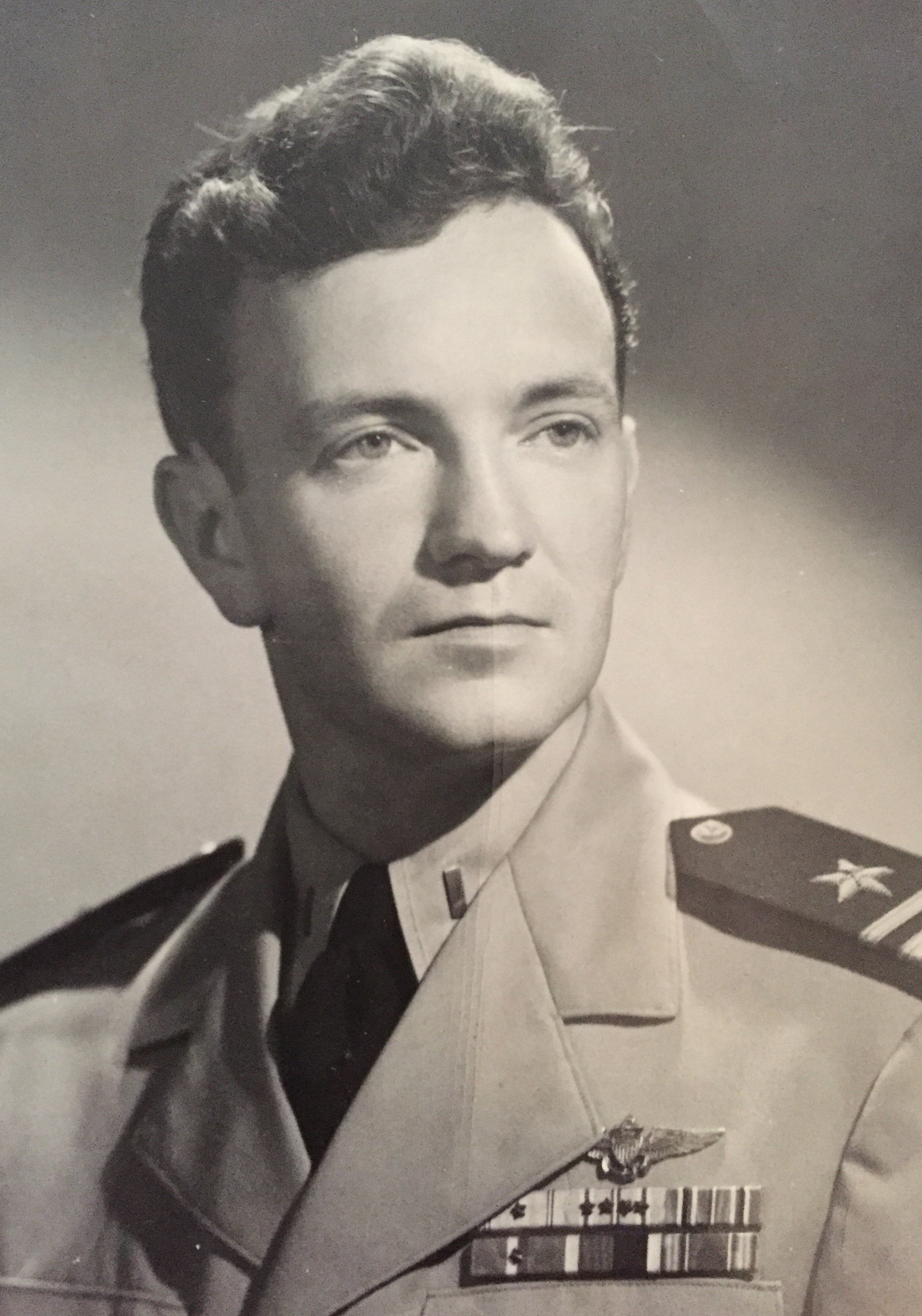 “This above all: to thine own self be true, And it must follow, as the night the day, Thou canst not then be false to any man.”

He was raised in Mount Vernon and White Plains, NY.  During the Great Depression his father, who had his own successful accounting firm on Wall Street, lost everything and was reduced to selling Fuller Brushes door-to-door to support his family. At age eleven,  young Frederick attended the choir school at Grace Episcopal Church in New York City, where he “sang for his supper” since his family could not afford to feed him. This led him to think that the most important lesson of life is to build and preserve a substantial nest egg.

Around the age of 14, after he returned to White Plains, he enjoyed raising homing pigeons and racing motorcycles, a 101 Scout 45 cu” Little Indian and a 74c Harley 1929 JDL.  He boxed in high school and college and learned the value of a well-placed punch.  He had the nickname “Punchy.” He and his father returned to the Gore family home in Upper Marlboro, MD, after his mother died in 1937.  He graduated from Eastern High School in Washington, DC, and attended the University of Maryland on an Army ROTC scholarship, where he was a member of the US Navy Reserve at the same time.  He was awarded a place at the United States Naval Academy Class of 1945, which because of the war, graduated in 3 years.  He was sent to the Pacific in June 1944 and served on the USS Maddox, surviving a kamikaze plane attack which caused serious damage to the ship, killed 8 men and injured many others.  After the war, he went to flight training in Pensacola, Florida and became a naval aviator.

In 1949 he married the late Rosalie (“Roie”) Knight Gore of Warrenton, VA, daughter of  Dr. and Mrs. John Elwood Knight.  Fred and Roie were married for over 50 years.

Captain Gore’s 30 years of service in the U. S. Navy included a career in naval aviation,  command of a jet squadron on USS Independence during the Cuban Missile Crisis, a tour of duty as navigator on the Nuclear Aircraft Carrier USS Enterprise, and command of a naval air station.  With a subspecialty in China studies and fluency in Mandarin Chinese, he served as Assistant Naval Attaché in Taiwan in the early 50’s, as a Chinese linguist at the peace talks at Panmunjom, Korea (where he was awarded a Bronze Star), and some years later as the head of the Defense Attaché Office in Hong Kong.

After retirement from the Navy in 1974, Captain Gore attended the Marshall Wythe School of Law in Williamsburg, VA, and graduated with a JD degree in the class of 1977.  He stayed in Williamsburg to practice law as his wife loved the town so much.  His first law office was in the Nelson-Galt House on Francis Street.

His education also included graduate work at George Washington University, the University of Southern California, and the U. S. Navy Post-Graduate School.

Captain Gore and his wife loved to travel, entertain, attend concerts and William and Mary football games, and visit family.  He exercised regularly to maintain his health and mental acuity and was an avid golfer and bridge player.  He enjoyed reading, jogging, biking, skiing, fishing, sailing, and studying Chinese and other languages.  He was a lifelong learner with a wide variety of interests.  After his wife died in May, 2000, he continued to travel and enjoyed several trips to China and vacations with his daughters in Tanzania, Costa Rica, the Dominican Republic, the Galapagos Islands and the Peruvian Upper Amazon.

Captain Gore was a member of the Crown Colony Club, the Spotswood Golf Association, the Kingsmill Yacht Club, the Kingsmill Sports Club, The Sons of the American Revolution, The Order of the Founders and Patriots of America, the Navy League, the Rotary Club and Mensa.

Captain Gore was preceded in death by his sister Lucy Sasscer Stead and his brother Harrison Rodgers Gore, Jr.

A funeral service will be held at 2 pm on Saturday, February 24, 2018, at Bruton Parish Church with interment immediately following in the churchyard.  The family will receive friends at 3:30 pm at a reception in the Alvin Anderson Auditorium at Williamsburg Landing.

Online condolences may be shared with the family here or at www.legacy.com.