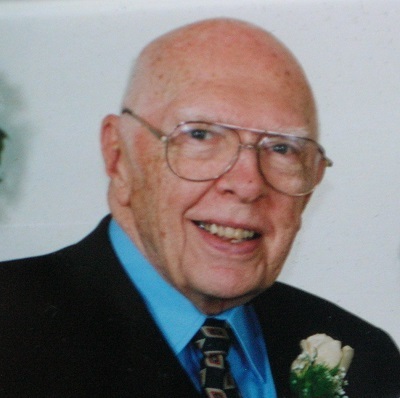 Colonel Francis J. (Frank) Smith, born in New York City, having lived four score and seven years, died February 8, 2014. His parents, Charles and Sarah were born in Ireland and came to America in the first decade of the 20th century.

They and three brothers (John, Charles and Gerald) predeceased him. His devoted wife, Peggy, died in 2009. His children include: Ellen Willard (Joe) of Charlotte, Brian Smith of Oahu, Joan Santoro (Al) of Oregon, Maureen Chappell (Dave) of Columbia, Maryland, Susan Smith of Maui, and Mark Smith (Kim) of Damascus, Maryland. His grandchildren are: Emily and Anna Willard, Jocelyn Medeiros and Garrett Smith of Honolulu, Keely Washington (Mario) of California, Sarah and Michael Chappell of Maryland and great-grandchildren Kayla and Josiah Medeiros.

After attending Iona College in 1943-1944; he served in the USN in 1945 and 1946. He received a BS in engineering from the University of Michigan in 1950 and entered the USAF in 1951. He received an MS from M.I.T in 1954. The first 22 years in the USAF were in bioenvironmental engineering assignments in Strategic, Tactical, Alaskan and Pacific Air Commands. The last 8 years were with the Air Force Systems Command Chief of Staff and the USAF Chief of Civil Engineering. Among his medals were the Legion of Merit (w/one oak leaf cluster), the Meritorious Service, Vietnam Services w/2 bronze stars and World War II Victory medals. He was also rated a Chief Biomedical Scientist and Missile Man.

Retired from the USAF in 1980, he worked in consulting positions in northern Virginia before retiring again in 1990. He was a Diplomate of the American Academy of Environmental Engineers and American Academy of Industrial Hygiene; a Professional Engineer; and, a member of many engineering, military, safety and health organizations during his career.

He ushered at the early Sunday mass at St. Bede Church, Williamsburg, for about 15 years. During the 1990s, he coordinated the local AARP Tax Aide program, preparing tax returns for the elderly and people with limited incomes. He also volunteered at Jamestown Settlement and was a member of the Colonial Capital Kiwanis in the same period.

A funeral Mass will be conducted on Wednesday, February 26,11:00 AM at St. Bede Catholic Church, Williamsburg, Virginia.

Memorial donations may be made to the Little Sisters of the Poor or a charity of the donor’s choice.