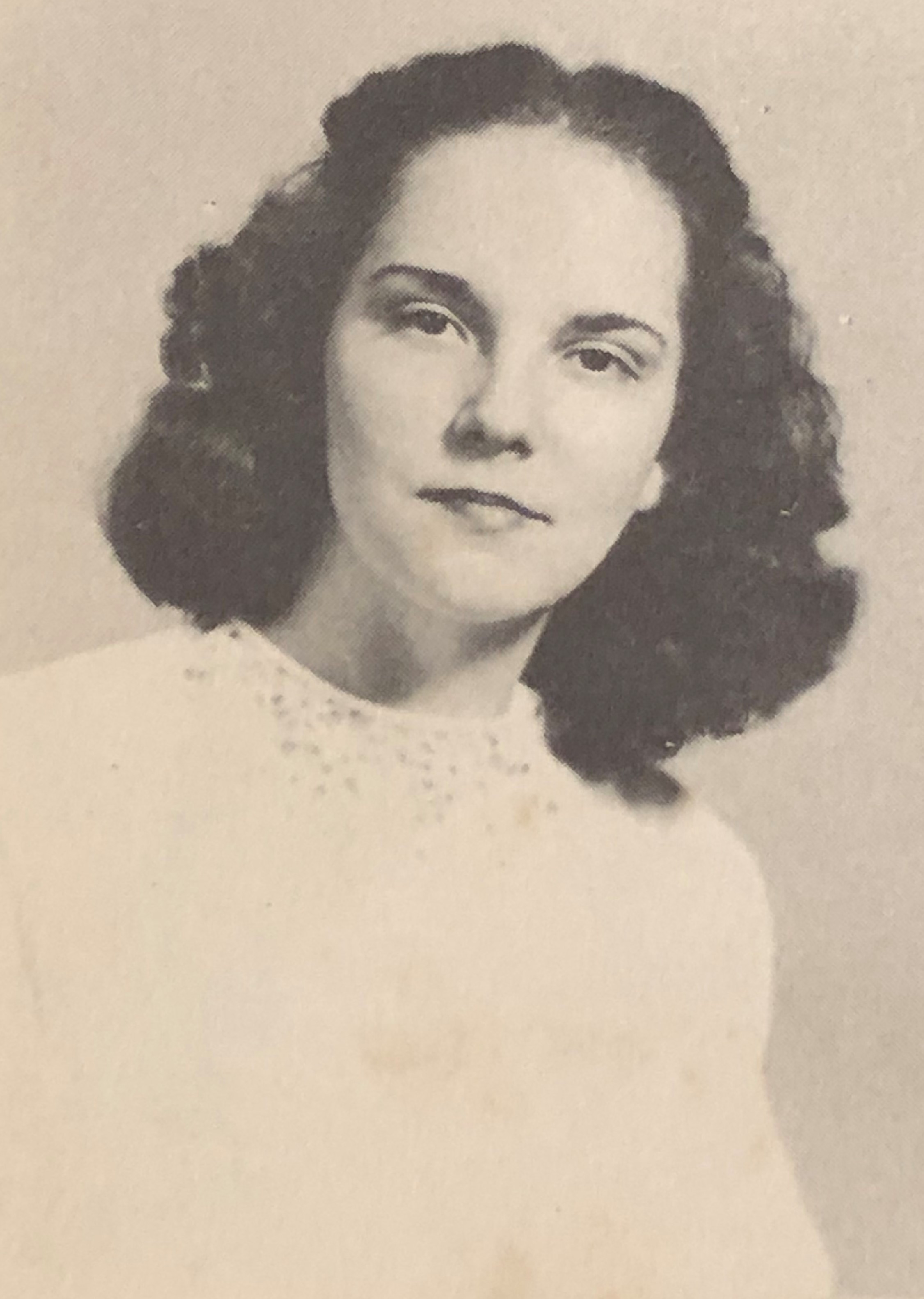 In Richmond, Virginia, on December 23, 1932 Frances Ann McCoy was born to William and Marie McCoy. At age four she attended St. Andrews Church School and was baptized there. The family moved to Toano when she was in the second grade. Her Father was a steam fitter for Colonial Williamsburg, and her mother was a homemaker.

Frances grew up in this little town of Toano where everyone knew each other and their children. At age 13 she became a member of Mt.Vernon Methodist Church; the only church she ever belonged to. She was overjoyed to be able to sing in choir.

Local children attended Toano School for grades 1-12 (omitting the 8th grade) It didn’t close until 1954, and the children were bused to Williamsburg schools. The JCC Fire Station is located there now. Her graduating class had 11 students, and encouraging teachers. Frances was active in various roles for the yearbooks, including art editor, the Beta Club, SCA, Glee Club, and designated class poet.

After graduating high school in 1949, Frances moved to Richmond to attend nursing school at St. Elizabeth’s Hospital to fulfil her dream of becoming a nurse. However, after several illnesses including Polio she could no longer move on to John Hopkins in Baltimore to complete her R.N. degree. She was broken hearted and depression set in. But not giving up she was able to spend about a year in general and plastic surgery. Then she took a job with the Salvation Army Home and Hospital for unwed mothers and their babies. She loved her job and recalls “it was a wonderful learning experience.”

After a time, she began a job in a Dr.’s office in Richmond that lasted 20 years. Because of health issues she had to give up nursing and spent a few years as a nanny with a delightful little boy. She remembers growing the most during the difficult times.

Frances never gave up art and poetry. She also loved to cook, do special needlework and of course enjoyed her nieces and nephews. Later she developed macular degeneration and became legally blind. Her last 4 years were spent at Riverside/Three Rivers Convalescent Center in West Point. She died at age 88 on June 5, 2021, her mother’s birthday.

Frances is proceeded in death by her parents, and brothers John “Curly” McCoy of Richmond, and Charles McCoy of Virginia Beach. Also 2 brothers-in-law and 3 nephews. She is survived by sisters Patricia McCoy Voyles of Kentucky and Charlotte McCoy Ludford of Williamsburg.

A memorial service will be held at Bucktrout Funeral Home in Williamsburg on Monday, June 28, 2021 at 11:00 am. Reception will follow.