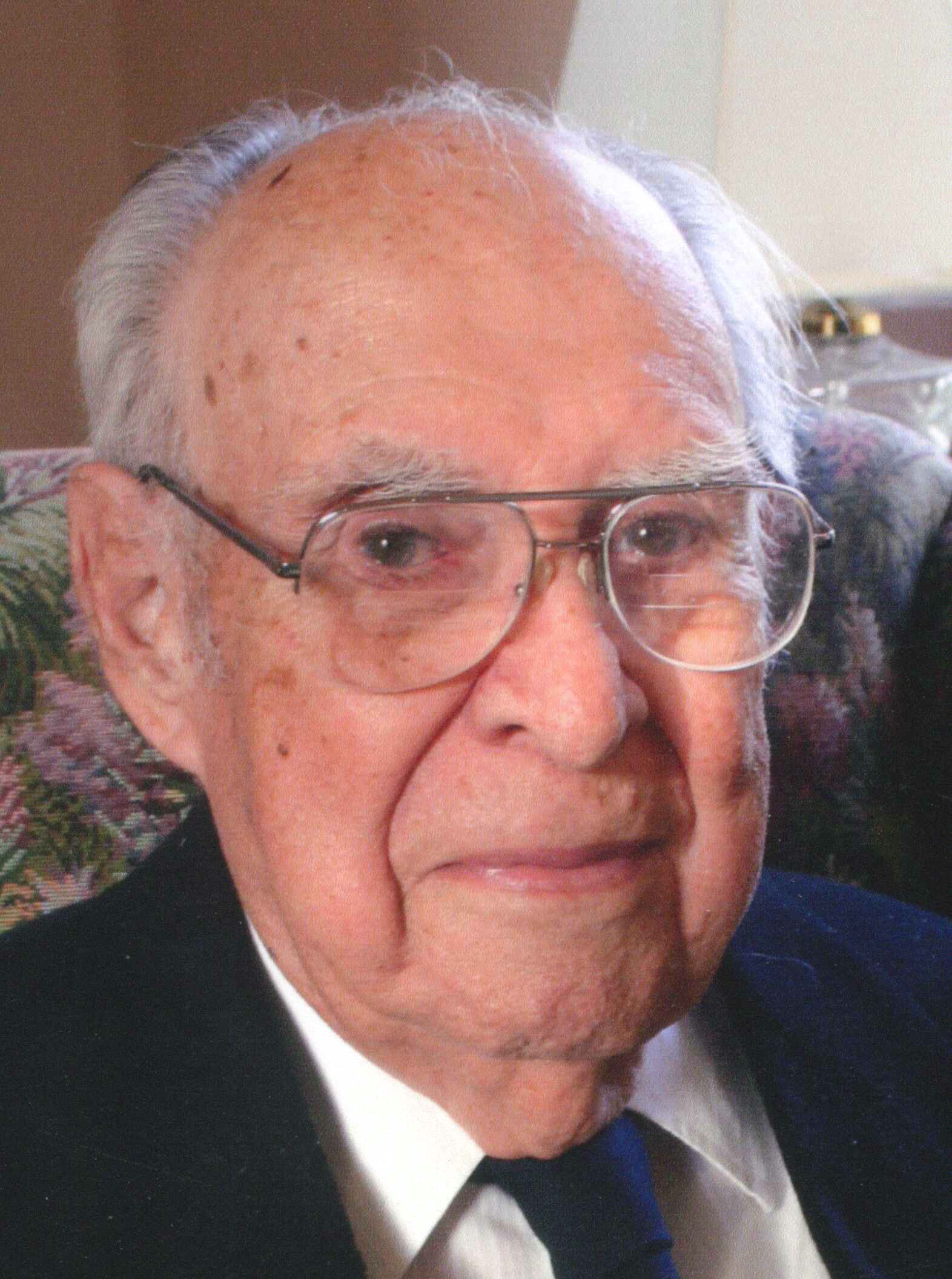 Ernest D. Proudman, Jr., died on October 31, 2012 at Williamsburg Landing. He was born on March 21, 1915 in Hampton, VA. Ernest graduated from Hampton High School and Virginia Tech, majoring in mechanical engineering. A talented engineer, Mr. Proudmanís career was spent in aircraft design for several corporations including Lockheed and Fairchild as well as the U.S. Department of Defense.

Outside of his work he possessed seemingly endless capability in mechanical, electrical, automotive, woodworking, remodeling and other projects. He made several beautiful pieces of furniture for his grandchildren and specialized in repairing clocks and watches. He was an active member of the Williamsburg Presbyterian Church and the Middle Plantation Club and was an avid golfer, playing regularly well past the age of ninety.

Mr. Proudman is survived by his loving and devoted wife, Dorothy. Married almost 72 years, ìDot and Ernieî particularly enjoyed times with their family, keeping up with friends and traveling. But mostly they enjoyed experiencing life together.

In addition to his wife, Mr. Proudman is survived by his daughter, Suzanne Cowles (Carter); his granddaughter, Cynthia Cragg (Robert); his great-granddaughter, Berlin Elizabeth Cragg; nieces, nephews and their children. He was predeceased by his father and mother, Ernest and Ethel; two grandchildren, Christopher and Pamela Cowles; two sisters, Alice Cochran (Donald) and Ruth Biermann (David); brother, Walter Proudman (Marian).

The family wishes to thank the staff at Woodhaven House for their loving and capable care throughout Mr. Proudmanís stay there and requests that contributions be made in Mr. Proudmanís name to Dreamcatchers Therapeutic Riding Center, 10120 Fire Tower Road, Toano, VA 23168.

The family will receive friends on Friday, November 9, 2012 from 4 ñ 6 PM at Bucktrout Funeral Home, 4124 Ironbound Road, Williamsburg, VA 23188. A memorial service will be held on Saturday, November 10 at 11 AM at the Williamsburg Presbyterian Church. Interment will be at Cedar Grove Cemetery at a later date.