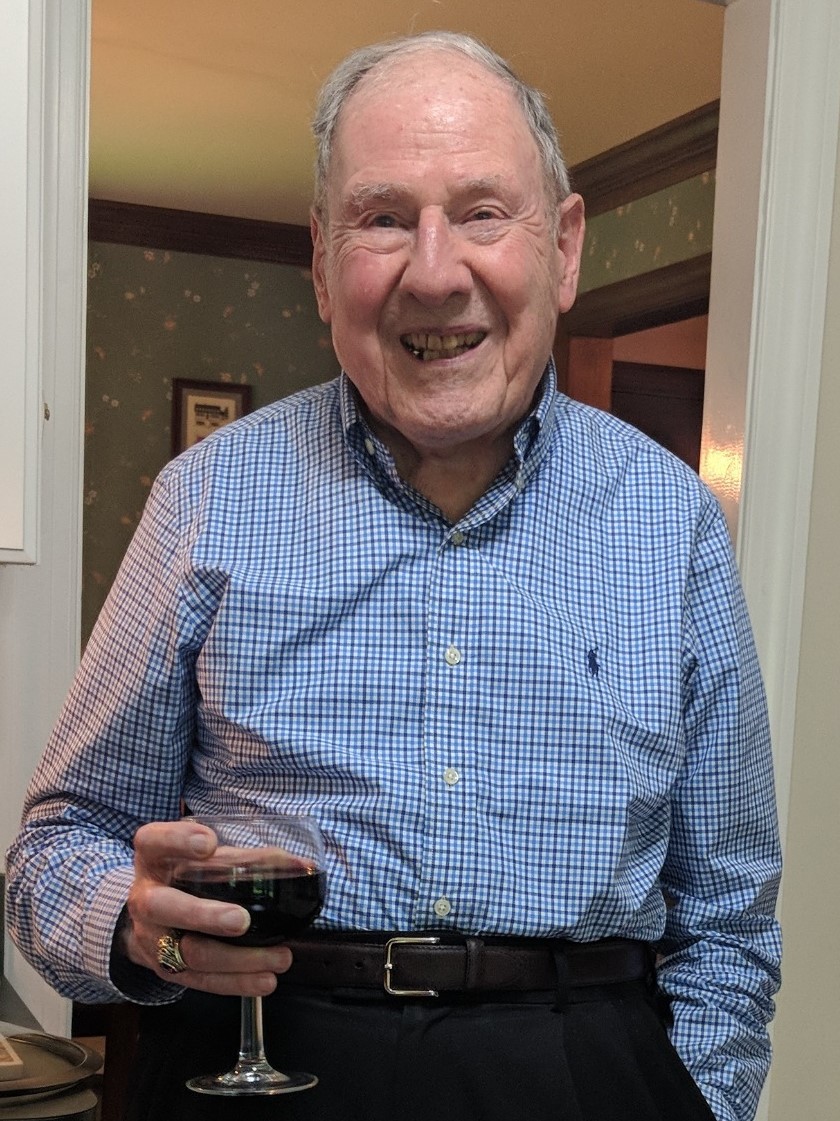 Yancey McGann of Williamsburg died peacefully on Sunday November 25th at Riverside Doctors Hospital at the age of 94 after a brief illness. A mechanical engineer by training, Yancey became the first and only Executive Director at the Yorktown Naval Weapons Station, and received numerous U.S. Presidential service awards, Department of Defense commendations and U.S. patents for his work in underwater sound signals and explosives. An Army veteran who served in both the WWII and Korean conflicts, Yancey was born in Avon, Nelson County, Virginia in 1924. He graduated from Virginia Tech after completing an apprenticeship at the Newport News Shipyard, and worked as a design engineer for the N&W Railroad for ten years before moving to Williamsburg in 1962. Yancey was a member of Williamsburg Baptist Church for almost 60 years, and active in numerous civic organizations including Williamsburg Rotary Club and Middle Plantation Club.
“I shake men’s hands, but I hug women!” Yancey was known for his ever present smile, and soft, friendly affability. He was preceded in death by his wife of 63 years Dorothy, and is survived by his sons Brad (Barbara Moyce) and Brian (fiancé Tracey), grandchildren John (Crystal), Samantha (Patrick), Matthew (Michelle), and great grandson Jack. A memorial service celebrating his life will be held at the Williamsburg Baptist Church on Saturday December 1st at 2:00 pm. In lieu of flowers, the family requests that donations be sent to Hospice House of Williamsburg (http://williamsburghospice.org/).