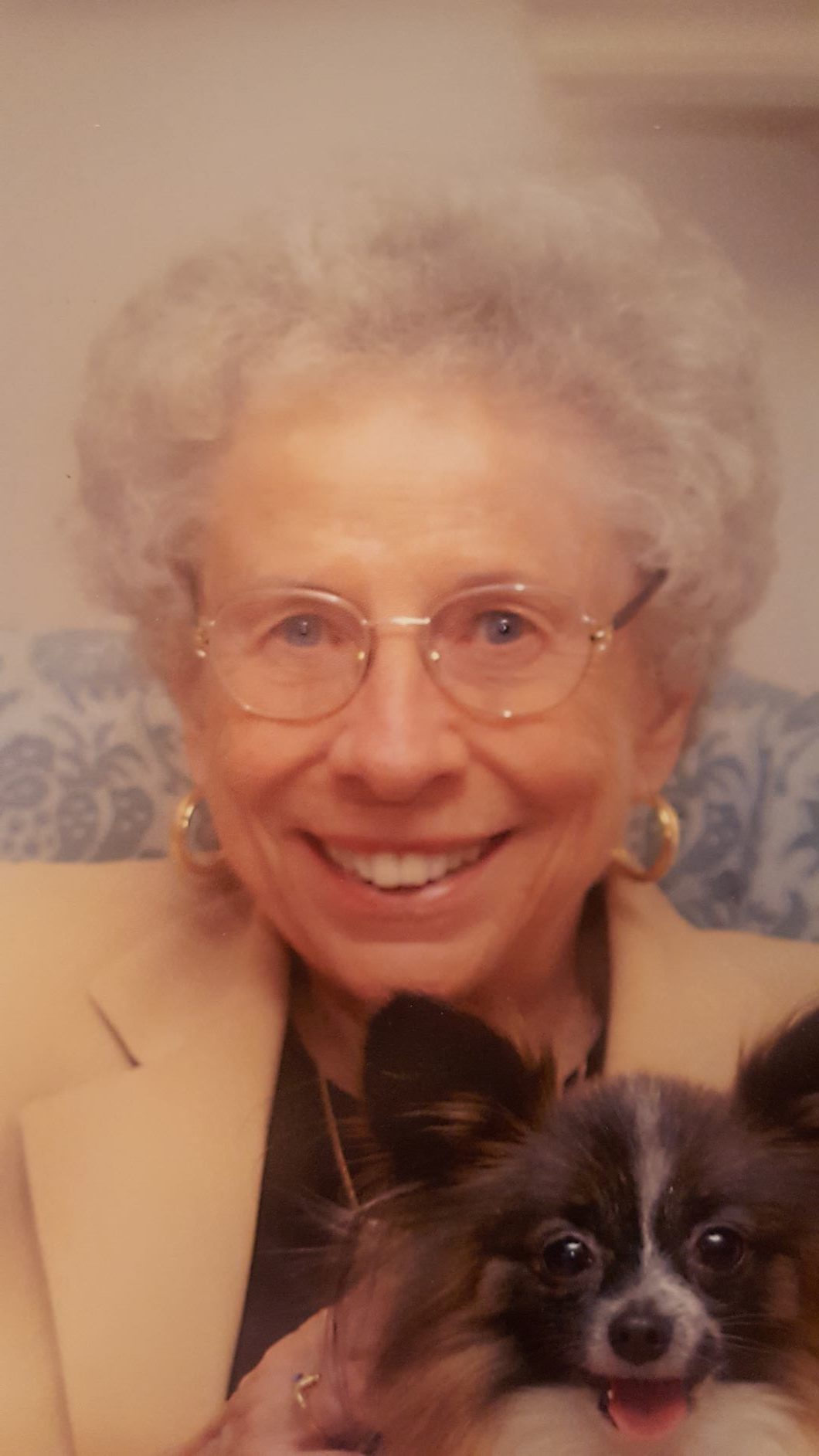 Eleanor Popple Gillen died on November 10, 2019, in Williamsburg, Virginia, her home for the last 25 years, at the age of 93. A loving mother, adoring grandmother, beloved sister, and friend to many, she will be missed for her engaging smile, generosity of spirit, and abiding faith.

Eleanor – Ellie as she was known to those who loved her – was born in Fall River, Massachusetts, May 31, 1926, the fourth of William Earle Popple and Louise Springer Popple’s five children. In 1929, she moved to Newport, Rhode Island, where she would graduate from Rogers High School in 1944, meet and marry the love of her life Charles Edward Gillen, Jr., in 1947, and raise their three daughters Linda, Janet, and Karen. After she and Charlie retired in 1979, they moved to Port St. Lucie, Florida, where she dedicated countless hours and compassion as a member (and president) of the Martin Memorial Hospital Auxiliary.

In 1994, they followed Karen and her husband Charlie, moving from Florida to Williamsburg. They became fixtures at the Williamsburg United Methodist Church, where her smile and bright blue eyes were always welcoming. She was an active member of the Methodist Women, Fellowship Sunday School class, was a Stephen Minister, and volunteered at the Respite program before becoming a member there for the past year.

A Celebration of Life service will be held at Williamsburg United Methodist Church, 500 Jamestown Road, on Saturday, November 16, 2019, at 11:00 a.m. Arrangements are being handled through Bucktrout of Williamsburg.