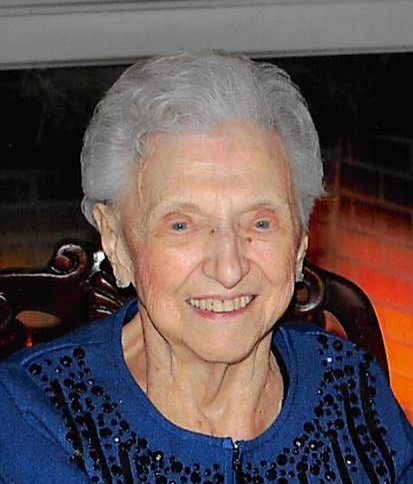 Eleanor Ann Bongiovi (nee Fitzpatrick), 90, passed away at WindsorMeade of Williamsburg on Tuesday afternoon, July 14, 2015. Born in Brooklyn, New York, she was the adopted daughter of the late Charles Fitzpatrick and the late Anna Bender Fitzpatrick. In addition to her parents, she is preceded in death by her sisters, Claire and Frances Williamson, her step sister, Josephine Scherne, and her step brothers, Frank Scherne and Charles Fitzpatrick Jr. She leaves her loving husband of almost 70 years, Albert R. (Bob) Bongiovi, of Williamsburg. Eleanor met Bob when she was 15 and he was 16. They married after his return from World War II and have been a wonderful example and an inspiration for their entire marriage.

Mrs. Bongiovi spent most of her life on Long Island, NY. She loved her visits to New York City, attending many Broadway plays. She also enjoyed her visits to Jones Beach. Mrs. Bongiovi was an avid Bridge player. She loved to travel, cruising around the world and enjoying many lasting friendships with her fellow travelers. Eleanor was a long time member of the Womenís Club of Massapequa, NY. She served as President and worked tirelessly for child welfare services.

A strong family was very important to Eleanor. She was a devoted mother and grandmother to her son, Robert P. Bongiovi and wife Elizabeth of Williamsburg, her daughters, Joanne Casaccia and husband Daniel of Katy, Texas, Kathleen Olsen and husband Robert of Massapequa, and her seven grandchildren: Robert, Lisa, Stephen, Marc, Matthew, Erika and Kristin. She also leaves 10 great-grandchildren to cherish her memory.

A Mass will be held at St. Matthew Catholic Church in Dix Hills, New York with Interment in Pinelawn Memorial Park on Wednesday, July 22, 2015. In lieu of flowers, donations may be made in her name to the social outreach programs of St Matthewís or St Bede Catholic Church in Williamsburg VA.