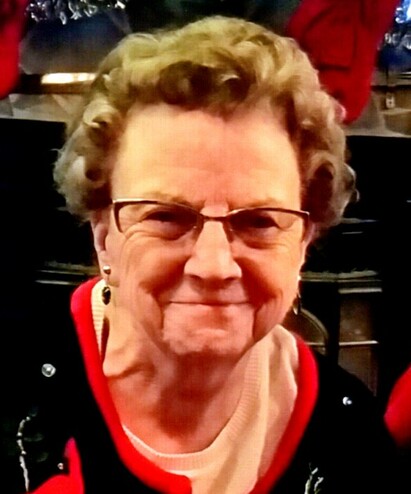 Eileen was a sweet and proper lass born in Gillingham England. She had a gentle presence that could lift your spirit just by hearing her voice. Eileen had a strong inner strength she guided the family with great compassion. Eileen was a devout Catholic who married husband Arthur Fisher March 27, 1958. She was blessed with three sons before making the journey to move from England to America. It was hard to be away from her family but she made the sacrifice for the betterment of her family.

Eileen moved to Williamsville New York. Her family became parishioners of St. Gregory the Great Roman Catholic Church. She made many friends and was a support for her husband and children. One of her greatest joys was becoming a grandmother November 1st 1985. Arthur’s career had Eileen relocated to Seabrook, Texas. Eileen became involved with the bereavement group at St. Mary’s Immaculate Roman Catholic Church. After retirement Eileen and her husband traveled much of the country and Canada in their RV.  She was the navigator to many national parks and landmarks. But her favorite places to visit was where her grandson was stationed in the army or to visit her grandchildren and great grandchildren in Virginia.

Following the death of her husband, Eileen chose to relocate yet once again to Virginia. She lived in Verena at the Reserve an independent community in Williamsburg. During this time she made many more friends while enjoying the active lifestyle.