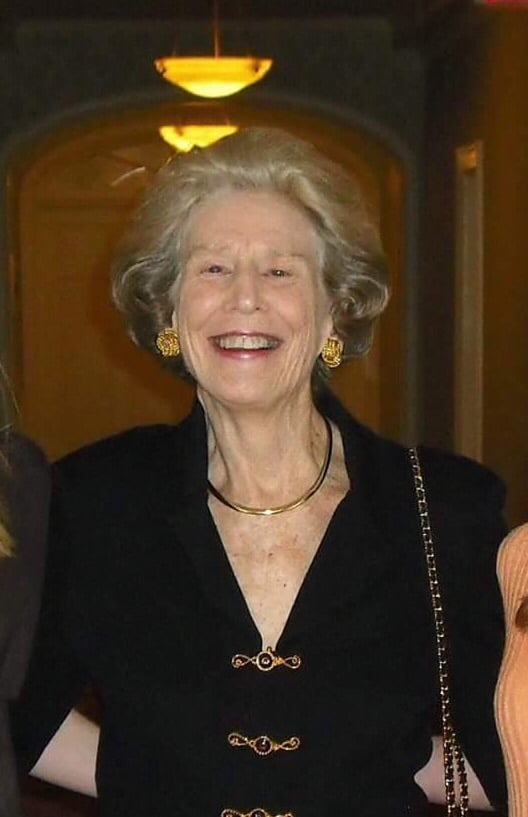 Williamsburg, VA- Edythe Reed Funsten (87) went to her eternal home on December 22nd, 2017. Edie was born in Richmond, VA on September 18th, 1930 to Charles Larus Reed and Edythe Robertson Reed. She was preceded in death by her husband, Herbert Oliver Funsten. The family left to cherish her memory are her two sons, Herbert III (Ann) and Landon II (Martha); her grandchildren, H. Oliver IV, Emily, and Kristin, Landon III, Melissa, and Jennifer; and her close siblings Charles L. Reed, Jr. (Ann) and Jane Reed Fields (Jim). Edie’s greatest delight was to be with her family.

Edie graduated from Collegiate School and Hollins College, where she developed her skills and love for painting. After college she returned to Richmond and taught the 4th grade at Collegiate Schools for several years. She briefly lived in Princeton, NJ and then settled in Williamsburg, VA as the moves were associated with Herbert’s teaching positions at Princeton and the College of William and Mary.

Edie was an accomplished artist and a long-time member of Bruton Parish Church. She was an active member of the Williamsburg Garden Club and the Muscarelle Museum in Williamsburg, VA., as well as The Woman’s Club in Richmond, VA.

Her family, friends, and beloved Herbert, the love of her life, meant the world to her. Edie was fond of Herbert’s jazz piano playing in the house and supported his local gigs in and around Williamsburg. As a proud mom she savored every moment in her bustling house filled with music, busied with her boys, their friends, and the occasional stray dog. She enjoyed entertaining in her home and having great conversations that could go into late night hours. Edie was an active mother who hiked, skied, sailed, and skated with her family. Traveling was a passion of hers that began with Helen Tanner’s trips to France and Italy, which provided the inspiration for many of her paintings.

Edie was a loving wife, mother, grandmother, and friend. She will be missed by all who knew her.

A family burial at Hollywood Cemetery in Richmond, VA will be held on December 28th at 11:00am followed by a reception at 2:30pm for family and friends to join in food and fellowship at Le Yaca French Restaurant in Williamsburg, VA. In lieu of flowers, please consider making a donation in her honor to Hollins University at 7916 Williamson Rd., Roanoke, VA 24019; The Collegiate Schools at 103 N. Moorland Rd., Richmond, VA 23229; or Bruton Parish Church at 331 West Duke of Gloucester Street, Williamsburg, VA 23185.