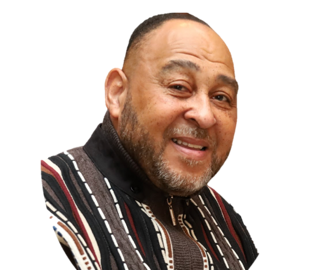 Edward received his education from Sussex County Public Schools. In 1977, Edward enrolled at Virginia State College for one year then joined the United States Army where he served for over eight years. Upon leaving the army, Edward began working at the United States Postal Service, which he later retired from after 30 years of hardwork and dedication.

In the late 1980’s, Edward was baptized in Jesus’ name and received the gift of the Holy Ghost. In 1994, he became an ordained elder in the Church of Our Lord Jesus Christ of the Apostolic Faith, Inc. District Elder Rose is the founding pastor of Strait Gate Temple which he led for over twenty-seven years. He was an energetic and fun-loving pastor and many lives were changed through his ministry. His commitment to ministry led him to pursue his Masters in Divinity from Virginia Union University.

A celebration of life service will take place at 11:00 am Saturday, September 26th with a viewing starting at 9:00 am at Bethel Restoration Center (6205 Richmond Road, Williamsburg VA 23188).

In lieu of flowers, the family requests that donations be made to St. Jude Children’s Research Hospital or Feed the Children.