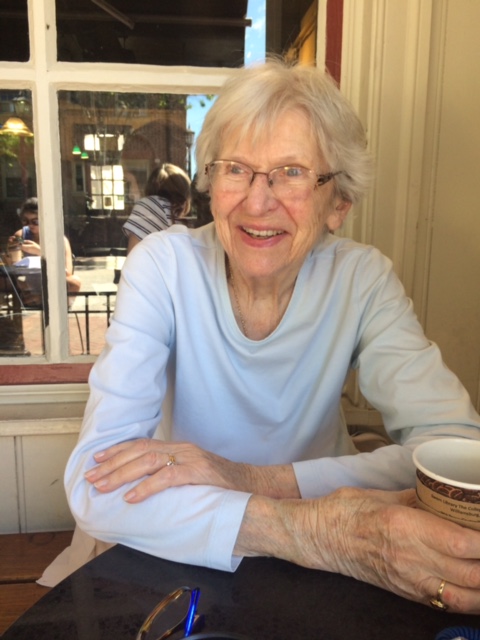 Born Edith Muriel Mahoney in Bristol, Connecticut, Edith grew up on Putnam Street in Bristol with her older brothers Doug and Paul, and parents Peter and Mildrea.  She graduated from Bristol High School and went on to study at St Luke’s Hospital School of Nursing in New York City in 1945.  Whilst a student there, Edith met Frank Brennan, a civil engineering student at Columbia University.  Edith and Frank were married at The Little Church Around the Corner in Manhattan in November 1949.

After almost 15 years raising four children in Garden City, Long Island, the family relocated to Madrid, Spain and two years later to London, England where they lived until 1973.  During their time abroad, Edith accompanied Frank on trips all over the world, as well as many family holidays to ski in the Alps and enjoy the sun and sea of the Mediterranean.

Edith and Frank returned to the States in 1973, confirmed Anglophiles, starting every morning with a pot of Earl Grey tea.  After three years in Summit, NJ, they moved to La Cañada, CA where they lived for 23 years until moving to Williamsburg to retire in 2001.  In California, Edith was an active volunteer at Verdugo Hills Hospital in La Crescenta and a member of the congregation at All Saints Church in Pasadena.  In Williamsburg, Edith was a member of the Altar Guild at St Martin’s Episcopal Church in Williamsburg and for many years a very active volunteer at FISH, a local non-profit organization dedicated to helping the local community.

Wherever she lived, Edith enjoyed reading, playing bridge, traveling and spending time with family.  The one passion that runs throughout her life is a love of animals, especially Golden Retrievers and Siamese cats.  She is survived and hugely missed by her four children and seven grandchildren: daughter Ellen in Edinburgh, Scotland with twins Max and Hannah Reichwald, son Jack in Sterling, VA (Tammy) with grandsons Garrett and Collin, son David and daughter-in-law Karen, in Chatsworth, CA with grandchildren Sarah and Mike, and daughter Anne in Raleigh, NC with granddaughter Catherine Green, as well as the extended families of her Mahoney nephews and nieces.  All importantly, she is also survived by her adoring Siamese cat, Maggie.