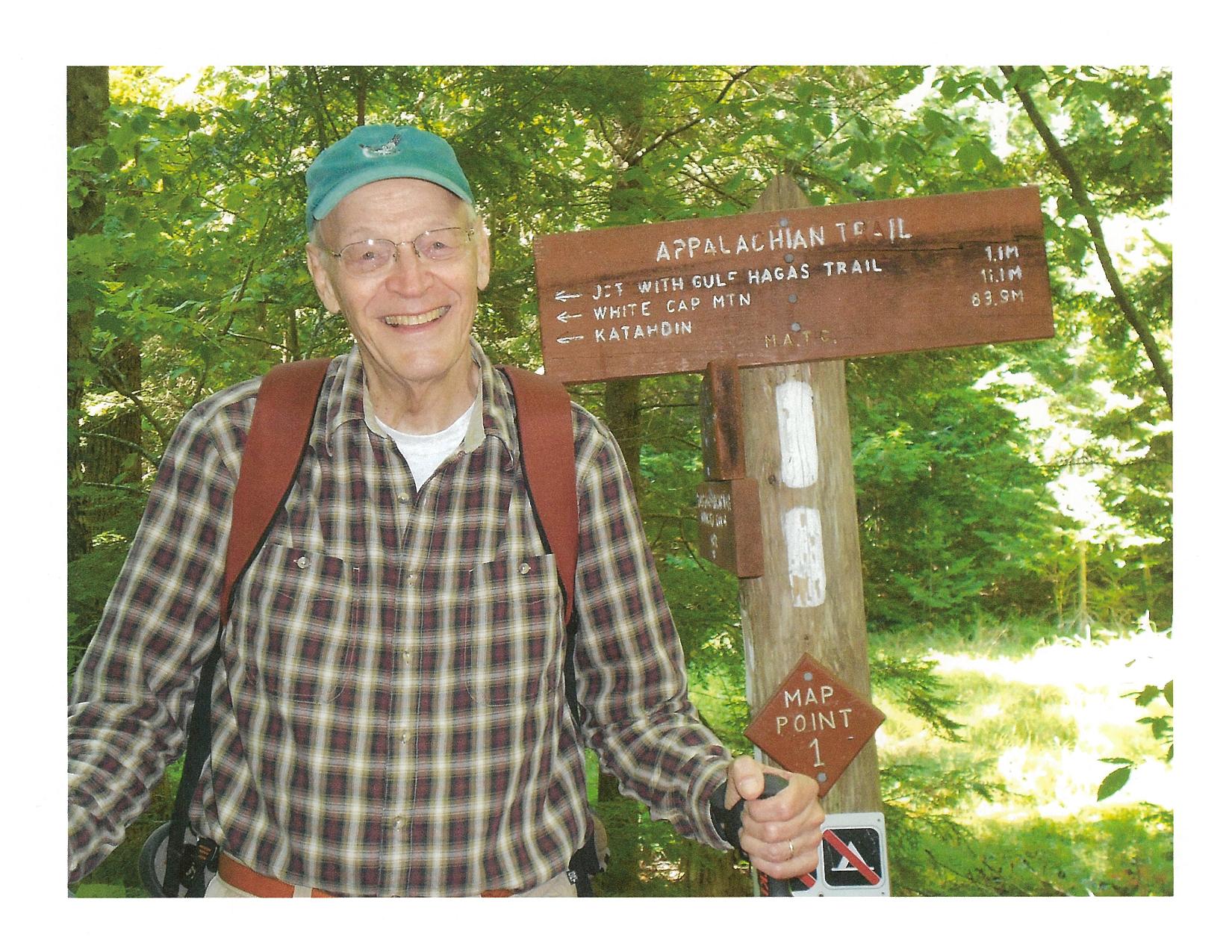 Dr. Wayne Douglas Erickson died Friday afternoon, November 30, after an extended illness. He died peacefully at home, which was as he wished. He was pre-deceased by his parents, Claud R. and M. Helen Erickson, and his sister Shirley Young. He is survived by Alice, his wife of almost sixty years, his son John, daughter-in-law Carole, granddaughter Lydia and sisters Edith Davies [John] and Dawn Tyler. Many nieces and nephews with their children and grandchildren complete the family.

He grew up in Lansing, Ml, the fourth child and only boy in the family. Every year he and his sisters spent the summers on their grandfather’s farm in Reed City, Ml, where Wayne learned to drive a tractor at age nine. He earned four degrees in Chemical Engineering: BS and MS degrees from Michigan State University, and SM and ScD degrees from the Massachusetts Institute of Technology.

Wayne came to Hampton in 1955 as a Second Lieutenant in the US Air Force assigned to the National Advisory Committee for Aeronautics (NACA) at Langley Aeronautical Laboratory. After graduate work in Massachusetts, he returned to Hampton in June 1958 and met Alice at a Fourth of July church picnic. They were married in March of the following year.
He worked at NACA/NASA Langley for 39 years, as a research engineer, a supervisor of various research sections and branches, as Chief Scientist of several Divisions and Offices and as Senior Scientist for Langley Research Center until his retirement in 1995.

Like many of the old-time NACA engineers, Wayne could and did fix just about anything that needed fixing, from the automobile to plumbing and electrical malfunctions to painting the house. If he didn’t already know how to go about a particular job, he would read up on the project and start right in.

In 1970 Wayne and the family went to Cambridge University, England, for his research at the Physical Chemistry Laboratory. All three of the family members benefitted from this experience abroad. At the completion of the research Wayne was asked to give a report to The Royal Society, which was an experience of a lifetime. Other special projects included the Apollo 13 Accident Review Board, the US Air Force Scientific Advisory Board and teaching at MIT and NC State.

John was born in 1960 and Wayne became very much a family man. Early on he taught John how to work with various kinds of tools, how to ride a bike and how to “do” math. Wayne was an active committee member of Boy Scout Troop 29 in Hampton where the boys went on a camping trip every month except August. As a family the three Ericksons went camping, hiking and canoeing from the Outer Banks to the Appalachian Trail to the Maine seacoast. More recently Wayne and Alice took on wilderness canoeing, completing trips on the Allagash and St. John Rivers in Maine and the Boundary Waters Wilderness Area near Ely, Minn.

Wayne was a faithful member of Hampton Baptist Church for 29 years, and of Walnut Hills Baptist Church when he and Alice moved to Williamsburg. He sang in the choir, served as a deacon several times and spent many Monday nights counting the offering from the Sunday services. He was an active communicant at Bruton Parish since 2009, and helped Bruton Builders in their work in Williamsburg and in the Hurricane Sandy relief effort in Crisfield, MD.

Wayne will be remembered as a kind and humble man, who took a genuine interest in people.
A funeral service will be held at Bruton Parish Church in Williamsburg on Wednesday, December 12th at 11:00 in the morning. There will be a reception following the service in the church’s Parish House.

Memorial contributions may be made to the Bruton Parish Church Mission and Outreach Committee.