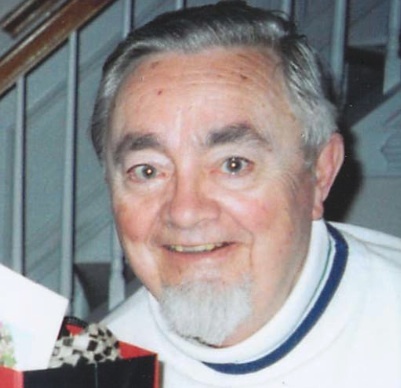 Douglas Howerth Shaffer, of Williamsburg, VA succumbed to Parkinsonís disease on Saturday January 5, 2013. He passed peacefully in his sleep. He was 84.

Dr. Shaffer was born in 1928 in Shamokin, PA to Charles and Ruth (Howerth) Shaffer. He attended Carnegie Institute of Technology (now known as Carnegie Mellon University) and as an undergraduate was named the top ranking student in the College of Engineering and Science. He went on to earn his Master of Science degree the following year and graduated in 1953 with a Doctor of Philosophy degree in Mathematics, specializing in Statistics. He was a member of Tau Beta Pi, Pi Mu Epsilon, Phi Kappa Phi and the Society of Sigma Xi.

Dr. Shaffer began his teaching career as a part time instructor in the schoolís Mathematics department while pursuing his Master of Science degree and continued to teach there through the 1970ís. A position in the Research department at Westinghouse Electric Corporation during the summer of 1951 led to a career with the company as Manager of the Mathematics Department at the Research and Development Center in Pittsburgh, PA.

In 1984, he received the Westinghouse Order of Merit ìFor his leadership in the corporate-wide emphasis of the use of statistics for measurable quality of products and services; for his unique skills in applying logical methods and means to solving problems in many hundreds of Westinghouse projects; for his exceptional talent as a teacher of statistics and effective communicator of technology through the Westinghouse ëTechnology Talksí program; and for the international recognition he has achieved as an expert in probabilistic fracture mechanics in nuclear applications.î

Dr. Shaffer retired from Westinghouse in 1991 after 37 years of service, but continued to work as a sought-after lecturer and consultant on the subjects of mathematics and management. At his retirement party, he quipped, ìIíd like to thank my wife Caroline, who made it possible, and my children, who made it necessary.î

It was at Carnegie Tech that he met and fell in love with Caroline (DeVal) Shaffer. They were married in Pittsburgh, PA in 1952 and celebrated their 60th wedding anniversary in June 2012. They lived for much of their lives in the Borough of Edgewood, just east of the Pittsburgh city limits. In 1998 they designed and built their dream home in Williamsburg, VA and enjoyed an active social life in the Fords Colony community. In 2008, they moved to Patriots Colony, a retirement community in Williamsburg offering various levels of healthcare.

Dr. Shafferís lifelong passion was clocks. He assembled a thoughtfully curated collection of antique clocks and was always pleased to provide an informative tour of his collection. Many of his most cherished friendships blossomed and flourished as a result of a shared interest in clocks. Dr. Shaffer served as editor of The Bulletin of the National Association of Watch and Clock Collectors, and was past president of the NAWCC. He has authored books as well as lectured widely of the subject of clocks.

An avid reader, Dr. Shaffer enjoyed books, especially historical non-fiction, biographies, and mysteries. He loved listening to classical music and appreciated fine imported beer. Over the years he practiced calligraphy and took cooking classes in French and Italian cuisine. He loved to bake his own bread, brew his own beer and even dabbled in winemaking.

Dr. Shaffer was known for his affable nature and wonderful sense of humor, and was devoted to family, friends, and colleagues. He will be remembered for being a mentor to many. Over the years he and his family have been delighted to receive letters of appreciation from fellow clock collectors, business associates, and former students thanking him for being a source of inspiration.

Dr. Shaffer is survived by his wife, Caroline Shaffer of Williamsburg, VA; son, Urban Shaffer of Portland, OR; daughter, Aleta Shaffer of New York, NY and brother, Edward Shaffer (Nancy) of Maplewood, MN. Dr. Shaffer was appreciative of the many good years he had, and maintained a positive attitude throughout his days.

No service is being planned at this time; memorial will be announced at a later date.

Messages of condolence may be sent to: