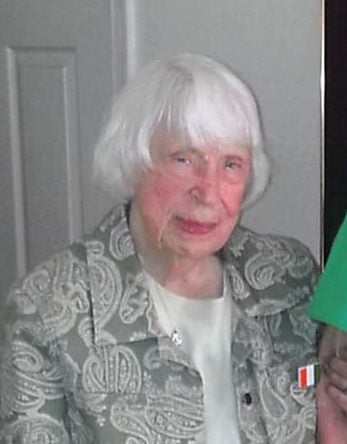 Dorothy was born in Wisconsin to proud parents, Harry Emilo and Blanche (Golatto) Lewin. She grew up in Milwaukee with her brother Donald. She attended St. Catherine’s School, Steuben Middle school and was a 1948 graduate of Washington High School. While in school she won manty awards for her athletic ability in swimming and diving. She also gained recognition in the newspaper for having such beautiful handwriting. In Her early twenties, Dorothy met and married the love of her life, John McMahon. Together they shared and multiplied their love with two children, Barbara and Timothy. For the rest of her life, she was a devoted wife and mother.

Over the years Dorothy worked hard at different jobs. She began her work career at International Harvester as a clerk in the secretary pool. She also worked for J.C. Penny in Catalog Sales, at a Home Companion Company, as a Realtor and a Sales Associate for Casey’s Department Store. Dorothy would eventually retire from the Colonial Williamsburg Foundation after 16 Years of service. She began as a Sales Associate at the Craft House and moved on to her favorite job as a Historical Interpreter at Carter’s Grove Plantation and Bassett Hall.

In her retirement years, Dorothy was an avid reader. Her declining health did not make the end of her life easy. With failing eyesight and hearing she still did her best to remain active. With her son Tim as her loving care giver and the aid of her walker she maintained her daily morning routine of opening the blinds and making breakfast and coffee. She grocery shopped twice a week and attended Mass at St. Bede. This past December, Dorothy had to spend some time in the hospital. The staff there was not optimistic she would see another Christmas, but Dorothy was tough and proved them wrong. On Christmas morning she gave Tim a strong hug, a kiss and said “I Love You”. Of all her life achievements, her family was her greatest. She was a wonderful mother who loved greatly with her whole heart all the time. She will be deeply missed by her family and all who knew her.

Dorothy is preceded in death by her parents; beloved husband, John and her brother, Donald. She is survived by her children, Barbara (Bob) Heumann and Timothy McMahon; grandchildren, Heather and Christopher (Ellen); 7 nieces and nephews and her much loved pug dog, Sparky, who she affectionately referred to as “Her Boy”.

A Funeral Mass for Dorothy will be held on Tuesday, January 17th at Our Lady of Walsingham Shrine – St. Bede Catholic Church, (the Catholic student ministry at the College of William & Mary), 520 Richmond Road. A visitation will take place one hour prior to mass. Dorothy and her husband will be buried together in Wisconsin at a later date.