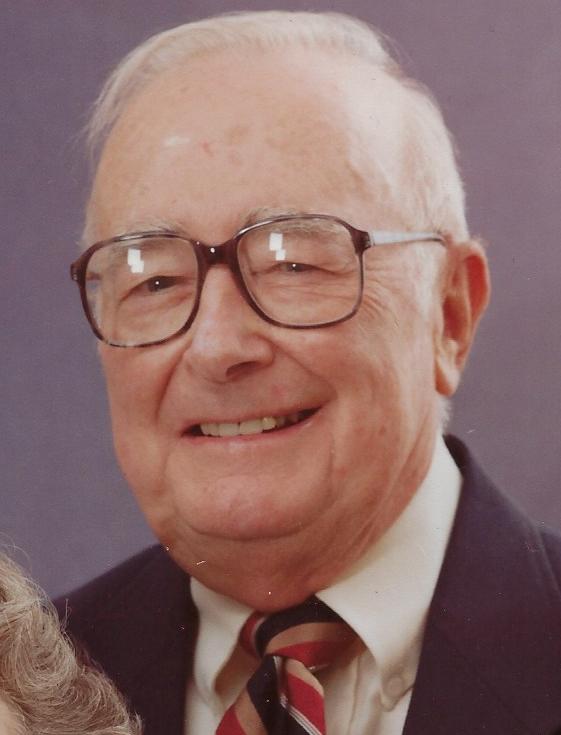 Donald Wilbur Hanson, 97, formerly of Leonia, NJ and Pinehurst, NC, went to his eternal home on October 26, 2021 at Williamsburg Hospice House in Williamsburg, VA. He was born in Palisades Park, NJ, on October 17, 1924, to Arthur Ray and Pearl (Engel) Hanson, the youngest of three sons. He was a graduate of Leonia High School and Rutgers University School of Business Administration. During World War II he served with the 104th Infantry Division as a 60mm mortar crewman. He was wounded in action on April 7, 1945, and upon his return home he married his high school sweetheart, Cecile St. Clair.
He had a varied business career, including as director of Camp Maranacook for Boys in Reedfield ME. In 1958 he was appointed Secretary of the Leonia Board of Education. In 1967 he purchased a local real estate and insurance agency which he operated on his own name for 20 years. He retired in 1987 and moved to Pinehurst, NC, with his wife and lived there 28 years before moving to Brookdale in Williamsburg, VA.
He enjoyed golfing, and was an avid fan of the Boston Red Sox, the Green Bay Packers, and Duke University basketball. He also loved to watch his grandchildren playing ice hockey.
He was predeceased by his wife of 72 years, and his brothers Arthur Ray Hanson and Kenwood Hanson. He is survived by his daughter Pamela Hanson-Leisenring (Dennis) of Stowe, VT, his son Ray Arthur Hanson (Jane) of Williamsburg, VA, his daughter Carol H. Ford (Bill) of Ripton, VT, seven grandchildren and 9 great-grandchildren.
Burial will be private. At a later date his ashes and those of his wife will be interred at the Village Chapel in Pinehurst, NC.