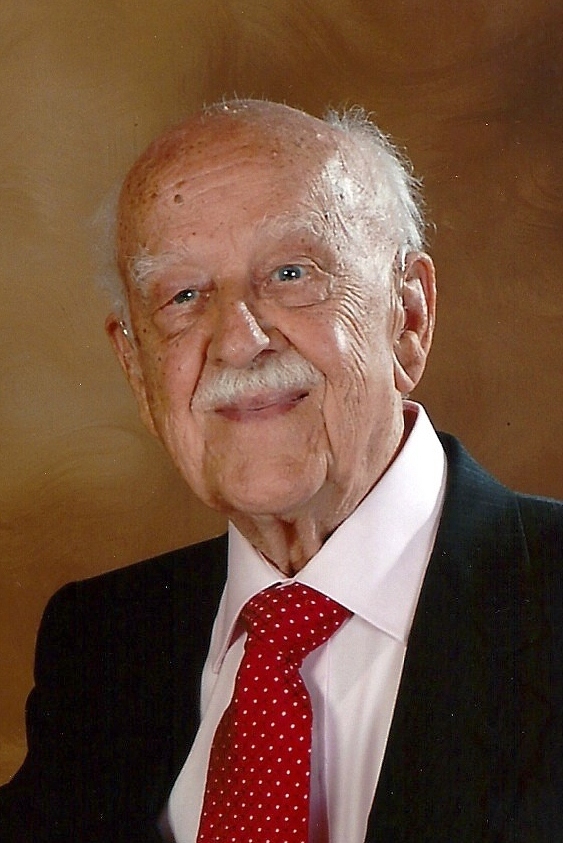 Donald A, Moravek, a beloved Dad and ìGrandpaî to all who knew him, passed away at the age of 94 on Monday, February 11, 2013 in Williamsburg, Virginia. He was born in Davenport, Iowa in 1918, the eldest son of the late Aloyisius and Thelma Moravek. Growing up in Davenport, Don attended Saint Ambrose Academy and served as a sportswriter for the local newspaper. He spent most of his adult life in Los Angeles where he was employed first by Occidental/Transamerica Life insurance Co. and then for 36 years as an Executive of Leisure, Werden, and Terry, a firm that he helped to become Transamericaís largest general agent.

During World War II, Don was stationed in Kunming, China where he served in Army and Air Force Intelligence, providing information to the Flying Tigers and Merrillís Marauders, among others. Don married his beloved wife, Muriel in 1940 and they were married for 63 wonderful years. They retired to Lake San Marcos near San Diego and then moved to Williamsburg in 2002 to be close to family.

He was preceded in death by his wife, Muriel; his parents, Aloyisius and Thelma Moravek and two brothers, Bernard and Richard Moravek.

Looking back on his life, Don believed that he was lucky. The truth is that his luck was a result of his integrity, honor, caring for others and so much more. Those who knew him felt that they were the lucky ones.

A Celebration of his life will be held at the family home. In lieu of flowers, memorial donations may be made to Hospice House of Williamsburg, 4445 Powhatan Parkway, Williamsburg, VA 23188.