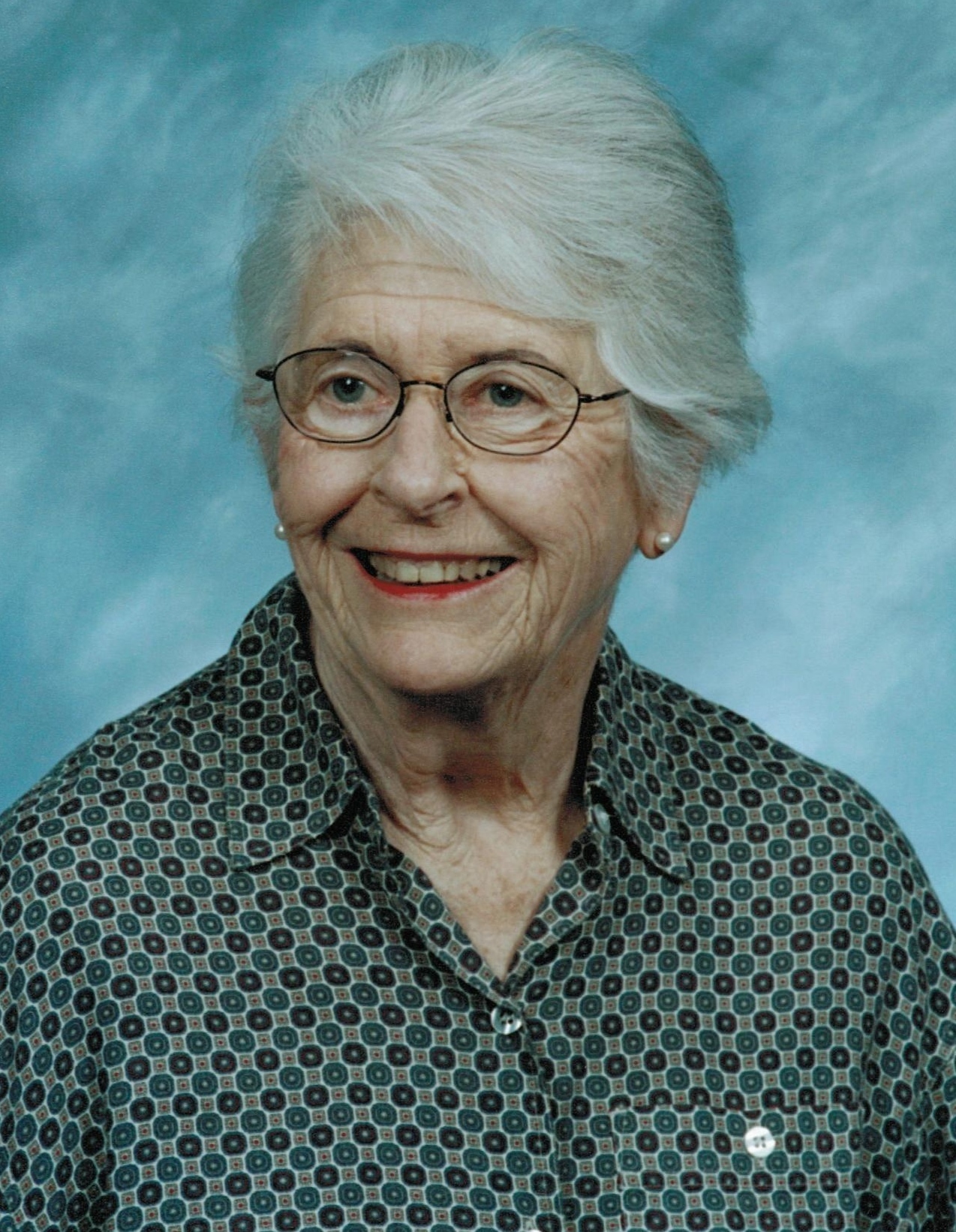 Surrounded by her loving family, Diana Marie Tree MacDonnell died at her home, Williamsburg Landing on the 5th of February 2014, the 65th anniversary of her marriage to Thomas Paul MacDonnell. She was the daughter of Dulcie Marguerite Stevens and Roland Arthur Louis Tree of Upper Norwood, England.

Diana was born at Rose Cottage, Upper Norwood, London on the 3rd of January 1927. She attended Sydenham High School and Our Lady of Sion in Worthing, England. During the London Blitz the Tree family crossed to America under protective escort during the Battle of the Atlantic. They arrived in New York City in September 1940. The familyís journey was sponsored by Americana Special Collection Librarians that included Laurence Wroth of the John Carter Brown Library and other book collectors. Diana attended the Mary C. Wheeler School in Providence, RI, graduated from Mamaroneck High School in Mamaroneck, NY and Bennett Junior College in Millbrook, NY.

Diana was encouraged by Tomís Aunt to correspond with him while he served in the US Navy in the South Pacific during World War II. They later met and married in Larchmont, NY, lived as well in New Canaan, CT, Mamaroneck, NY and Williamsburg,VA. Initially Diana worked in the book world and eventually joined the family firm Henry Stevens, Son & Stiles antiquarian booksellers, established by her grandfather in 1843. Diana found her true calling when she became a licensed Real Estate Broker with Larchmontís B.F. McGraff, Robert Plaut and Williamsburgís Berkeley Realty BH&G. She held her license for over forty years before retiring from GSH Realty in Williamsburg.

Diana was a lifelong tennis player and past member of Orienta Beach Club in Mamaroneck NY, Queens Lake Association and McCormack-Nagelsen Tennis Center in Williamsburg.

She is preceded in death by her younger sister Valerie Marguerite, her parents and her husband.

She is survived by her sister Judith Tree Smith of Newark, DE and her children Valerie, Geoffrey, Judith and Alfred.

A Memorial Service will be held at Bruton Parish Church on the Duke of Gloucester Street, Williamsburg,VA on the 13th of February 2014 at 1:30pm.

The family would like to thank and express eternal gratitude to the loving staff of the Williamsburg Landing, Williamsburg Sentara Hospital, Heartland Hospice and Agape Home Health Care.

In lieu of flowers the family suggests contributions to: