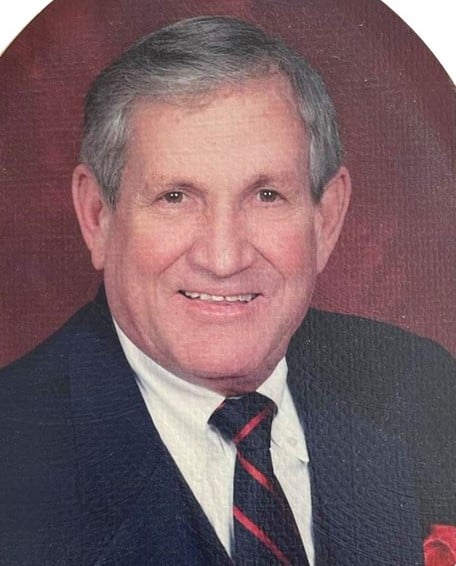 Denny was born October 13, 1941, in Erie, PA to Thomas and Charlotte (Dyer) McSweeney, and is survived by his younger brother Msgr. Thomas McSweeney.  A long time native to Erie, Denny’s catholic education included graduating from Cathedral Preparatory High School in 1959, and Gannon College with a Bachelor of Science in Accounting in 1963. In 1964, Denny wed his soulmate Sheila Frances Kelly, with whom he recently celebrated  57 years of marriage.

Denny was commissioned as a United States Army Second Lieutenant and he started his military career as a Field Artilleryman in 1964. Over a span of 30 years, his assignments included bases around the country, overseas rotations to Europe, and two deployments to Vietnam, where he earned a Bronze Star Medal with V-device for Valor and a Purple Heart. After six years of Civil Service at the Pentagon, Denny culminated his patriotic career, retiring with awards that include the Defense Superior Service Medal, the Legion of Merit, and Meritorious Service and Army Commendation Medals.  While on active duty, he also earned his Master’s Degree in Education at Temple University in Philadelphia, PA.

Along with his wife and brother, Denny is also survived by his three children Kelly, Shan, and Erin; their spouses Ofelia, Angela, and Nate; and six grandchildren Cole, Reed, Brady, Ethan, Landon, and Sofia. Along with being a grandpa, Denny also fell in love with fostering abandoned kittens, caring and raising them for adoption, and even adopting two of his own

In his retirement years, Denny enjoyed golfing, traveling, boating, and a busy social life. An avid history buff and storyteller, he developed programs as a history interpreter at Jamestown Settlement, and was host for a private tour with Great Britain’s Queen Elizabeth. Denny also served as an Executive Partner in the business department at the College of William and Mary.

A receiving of friends visitation is scheduled for Friday, February 26th, from 2-4pm at the Bucktrout Funeral Home located at 4124 Ironbound Rd, Williamsburg, VA (website: bucktroutfuneralhome.net). A funeral mass will be held at Saint Bede Catholic Church on Saturday, February 27th at 1pm.  Denny’s final resting place will be Arlington National Cemetery at a future date to be determined.