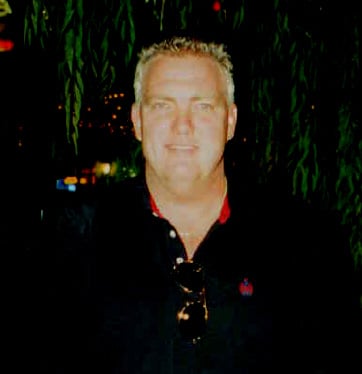 David Michael Simmons went to be with the Lord on Saturday, March 8, 2014 at the age of 58. David was born of Virgil and Louise Simmons in Vinton, Virginia. He graduated from William Byrd High School in 1973, where he was recognized for achievements in basketball, baseball and band. He held scoring records in basketball that still may stand today. In 1975, David joined the United States Navy, where he achieved the rank of Petty Officer 1st Class. He proudly served his country for 6 years. He met Michelle Goforth in Virginia, and they married in 1994. In 2001, their son and the light of his Dadís life, David ìConnorî Simmons was born in Atlanta, Georgia. David was actively involved with Connorís sports activities, to include football and baseball, and served as his basketball coach for several years in Williamsburg, VA. He spent much of his adult career in the travel industry as a Sales Manager, where he was an inspiration to the many lives he touched. His love of family, Jesus, his country, music, sports, his Virginia Tech Hokies and golf will be remembered fondly by those who knew him. David is survived by Michelle and their son, Connor, his older brother Winston and his wife Bette, his younger brother, Ron and his wife Terry, his nephew, Brian and his wife Samantha and children, Connorís aunt, Angela Harrow and children, and numerous friends and colleagues.