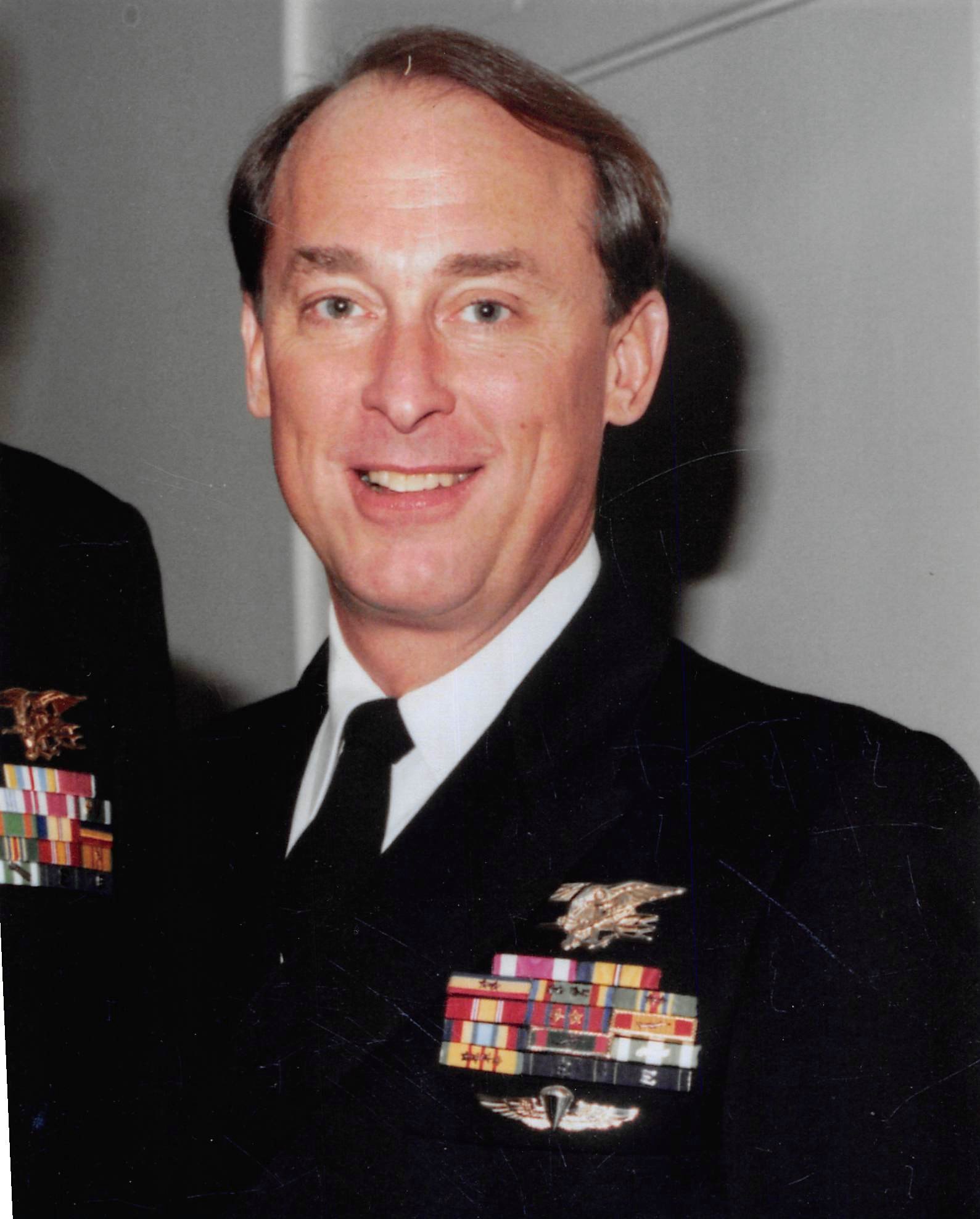 David Fitzgerald was more than just a military man. He was a passionate patriot who spent his life serving his country. From the Mekong Delta of Vietnam to the hallowed halls of Capitol Hill, Fitzgerald’s dedication to the American philosophy of freedom and prosperity was the center of his life’s work giving more than 35 years of service to both the U.S. Navy and the U.S. Federal Government.

In 1966 the Vietnam War changed Fitzgerald’s path when he enlisted in the U.S. Navy. In Vietnam, Fitzgerald was a Platoon Commander in the Mekong Delta and worked closely with the U.S. Army’s Long Range Patrol in Cu Chi Province and engaged in combat operations in areas of Cambodia. Fitzgerald returned to the U.S. to serve as Platoon Commander at UDT-11 in Coronado, California. During this time, he was also involved with Apollo 11 Space Capsule Recovery Team in Hawaii. He then spent a short time as a BUDS Instructor at the U.S. Naval Amphibious Base in LCREEK, Virginia before joining the SEAL Team Two for operations deployed from the East Coast.

Fitzgerald was then assigned to the U.S. Defense Intelligence Agency and the U.S. Embassy Attaché Staff in Phnom Penh, Cambodia, a war zone. He was one of the last Americans to leave the Embassy when the communist forces of the Khmer Rouge seized Cambodia in 1975. Fitzgerald resided in the war zone for one year before returning home to Virginia.

After 10 years of active-duty Fitzgerald became a Reserve Officer and became a civilian in the U.S. Government. He was president and CEO of his own consulting company, Fitzgerald Associates, in Washington, D.C. where he worked with members of Capitol Hill and the Executive Branch. As a result of this work, Fitzgerald was asked by the White House to serve as a Director for Congressional Affairs at the Department of Energy.

Desert Storm brought Captain Fitzgerald back into active-duty. In 1995 he was again recalled to assess problems and find solutions to the rising threat of worldwide terrorism working with the CIA, FBI, FAA, Department of the Treasury, the Joint Chiefs of Staff, and Congress.

Once officially retired, Fitzgerald remained a Washington consultant on matters of terrorism and national security. Fitzgerald received a Congressional Veteran Commendation for his lifelong service to the United States. He passed away peacefully at his home in Williamsburg, Virginia. He is survived by his wife of 35 years, Melinda Ann, and their daughter India Meade, along with his chair side companion, Buster.

A Celebration of Life will be held Thursday, July 28th at 3:30 pm at Historic Christ Church in Alexandria, Virginia, and a Memorial Service with full Military Honors will be held Friday, July 29th at 1pm in Arlington National Cemetery.

In lieu of flowers, the family requests contributions be made in his honor to Wounded Warrior Project or UDT-SEAL Association. Bucktrout Funeral Home in Williamsburg, Virginia is available for additional assistance.