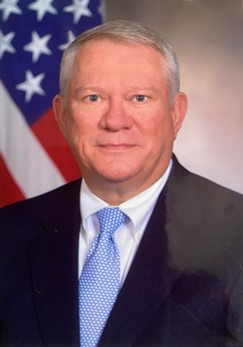 COL Norton was born in Evanston, IL to Ross and Hazel Norton in 1945.  He considered himself fortunate to attend Our Lady of Perpetual Help Grade School in Glenview, IL and Notre Dame College Preparatory in Niles, IL.  In 1968, COL Norton received his commission as a 2nd Lieutenant from John Carroll University, Cleveland, OH, thus launching what would be a remarkable and unprecedented 30-year Army career.

After retiring from the Army, COL Norton worked briefly at the Western Policy Center then served as the Senior Policy Advisor for National Security to Senator Saxby Chambliss (R, GA) on Capitol Hill.  Shortly thereafter, COL Norton was selected into the Senior Executive Corps as Director of the Defense HUMINT Management Office (DHMO), DIA and subsequently, as Director of Security, DIA.

COL Norton is survived by his wife, Nancy; his sisters, Jill and Nancy; his twin aunties, Kay and Corky; a multitude of loving nieces, nephews; and a small army of amazing and prayerful cousins. He is preceded in death by his first wife, Gillian; and his daughter, Stephanie, who died in infancy.

COL Norton will be buried at Arlington National Cemetery at a date to be determined. In lieu of flowers, your donation would be welcome at the Williamsburg House of Mercy or one of your favorite veteran organizations. Please pray for our country.