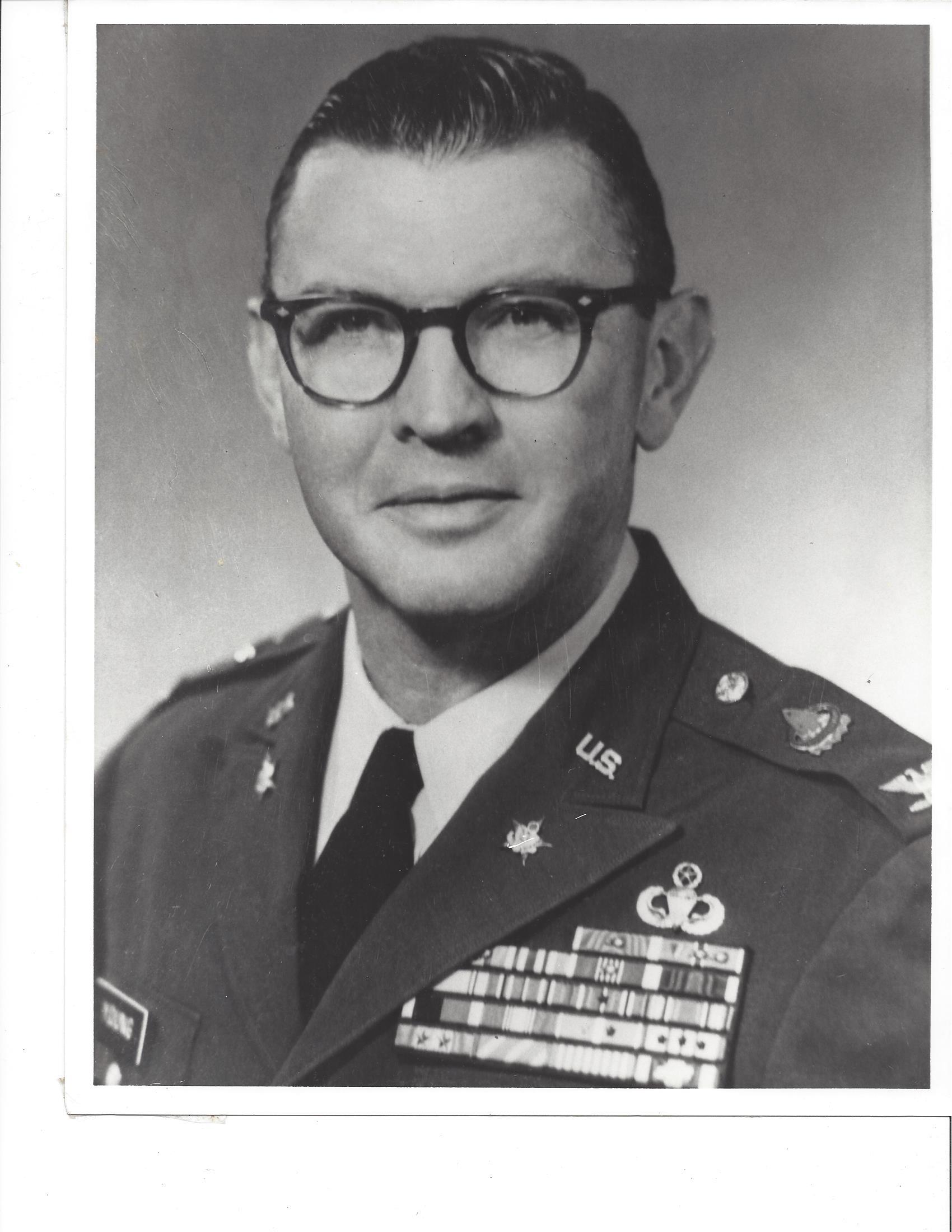 Colonel Mason James (Jim) Young Jr., US Army-retired, passed away June 6, 2015 in Williamsburg, Virginia. Born November 10, 1923 into an Army family in New Orleans, Louisiana, he graduated from Woodrow Wilson High School in Washington, DC in 1941 and from the US Military Academy at West Point on D-Day, June 6, 1944, one year early due to the need for young officers at the front in World War II.

A veteran of three wars, Jim served in WW II, Korea and Vietnam as an Artillery Officer and Commander as well as in post-War Japan for General Douglas MacArthur, and in Germany, Taiwan, Thailand and throughout the United States. He retired in 1974 at Fort Monroe, Virginia where he was responsible for Basic and Advance Individual Training across the US Army.

In retirement he earned an MBA from The College of William and Mary and taught at Christopher Newport College. He served as an Officer in the Association of the US Army and also the Kiwanis Club. He was a dedicated usher at Bruton Parish Episcopal Church. Jim was a long standing member of the Scottish Saint Andrews Society, the Crown Colony Club and the West Point Society of Williamsburg, where he was the oldest graduate.

Jim married his beloved wife, Helen Bullard Young, on July 16, 1945, a marriage that lasted 58 years. Following her death in 2003, he resided at Patriots Colony in Williamsburg.

Jim Young Is remembered not just as a ìMuddy Boots Soldierî, Artillery Commander and decorated Veteran of three wars, but a man dedicated to country, family, friends, church and community, who lived by his values and was gracious to all.

Services will be held June 19, 2015 at 2 pm at Bruton Parish Episcopal Church in Williamsburg, Virginia. The Burial Service will be at 2 pm July 11, 2015 at St Peters Episcopal Church in Londonderry, New Hampshire with full Military Honors. Memorial contributions may be made to: The Warrior-Scholar Project, The Grove, 760 Chapel Street, New Haven, CT 06510. http://www.warrior-scholar.org/donate.aspx. Online condolences may be shared with the family at bucktroutfuneralhome.net.