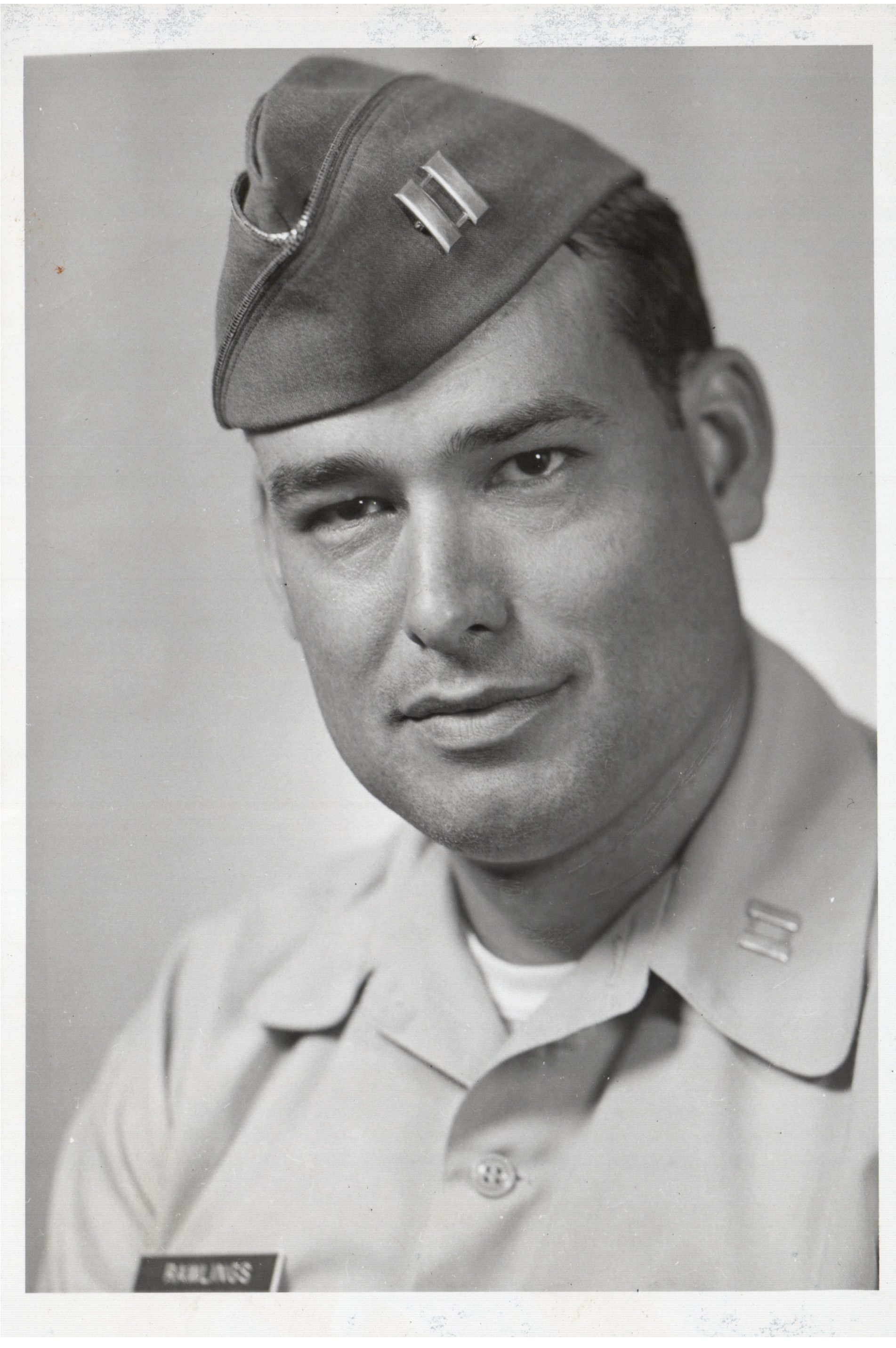 Col. Peter E. Rawlings, USAF (Ret.) passed away peacefully on Monday, Feb. 13, 2017 surrounded by his family.  Pete was born in Hawaii on Sept. 15, 1931.  He was a devoted husband to his wife, Beverly, a loving father to his three children Scott, Lynn, and Todd, and friends to the many who were drawn to him by his good nature and kindness.  He met his wife on the 4th of July, 1954 at Wright-Patterson Air Force base, introduced himself, asked for a date and on that same 4th of July night told her that some day he was going to marry her.  He celebrated his 60th anniversary last June.  Alwasy involved in family activities, he felt himself lucky that his children with their spouses, Amy and George  and companion Noel lived close enough to visit with his grandchildren, Peter (appreciatively called Repeat) Alex, Malie, Connor, Aaron and Brittany.  As the loving father, he was still just as full of advice as usual.  And then less than a year ago he became one of “The Greats” with the birth of Zoey.

Pete was always interested in flight.  He started building model airplanes back in the 40’s when he was a young boy and then joined the Air Force to be the pilot that longed to be only to find that his color blindness (which affects depth perception, disqualified him.  Not to be discouraged, he decided there was another way to experience flights, so he jumped out of an airplane just to see what it was like, ONCE.  Curiosity satisfied.  The ICBM (Intercontinental Ballistic Missile) Program was just getting started, so he spent his years in the Air Force working on missiles that fly–some did and some didn’t in those early years.

Pete was active in community projects, received a masters degree from Harvard Business School and was awarded medals and commendation for his accomplishments during his Air Force career, but always, always by all of us who love him so dearly, he will be rememberd most as a gentleman and a gentle man and will live forever in our hearts.

A memorial service will be held Saturday, Feb. 18, 1PM at Bucktrout Funeral Home, 4124 Ironbound Road, Williamsburg with a reception to follow.  Online condolences may be shared at bucktroutfuneralhome.net.