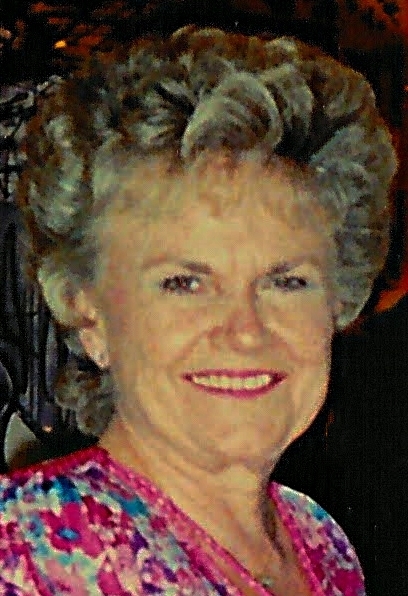 Claire Norma Stacey Coyle died peacefully in her sleep on Saturday morning, January 9, 2021, after a lengthy illness.  She resided at the Greenfield Senior Living Facility, 251 Patriot Lane, Williamsburg, Virginia, for several years after moving to the Ford’s Colony Community with her family in 2009.

The Coyles relocated to Marblehead, Massachusetts in the 1950’s.  Throughout the following decade, they moved several times to Palm Beach, Florida, Albuquerque, New Mexico, and Lakewood, Colorado before eventually settling in Towson, Maryland in 1968.

A graduate of the secretarial studies program at Simmons in Boston, Mrs. Coyle was a secretary during World War II.  She also had her real estate license and worked in retail at Hutzler’s in Baltimore when she moved to Maryland.  An avid gardener, Mrs. Coyle was particularly fond of growing African violets.  She enjoyed travelling with her husband in their later years, to the Caribbean, Hawaii, Florida, and other warm climates.

Mrs. Coyle was fifteen years old, dancing in the Sheraton Hotel ballroom on the Saturday after Thanksgiving, 1942.  Across the street, the Cocoanut Grove fire erupted.  Mrs. Coyle would never forget the blackened hands of the men who tried to rescue people trapped in the revolving doors of the burning nightclub.  The fire hoses that littered the street or the long lines in the hotel lobby for the pay phones.  She spoke of the smell of burning flesh that permeated the air and of her parents, who slept right through the commotion.  Her father was a Lynn fireman, who lived too far for any alarm to reach him.

Claire Stacey Coyle is survived by her four children, Cheryl Forbes (John Forbes), of Ashburn; Virginia, Caryn, of Peabody, Massachusetts; Christopher (Carol Higgins Coyle), of Vero Beach, Florida; and Colin (Virginia Cornick Coyle), of Williamsburg, Virginia.  She had eight grandchildren and six great-grandchildren and numerous nieces and nephews.  A seventh great-grandchild is due in March.  Her brother, William Stacey, of Monroe, Georgia, and sister, Brenda Jane Lundquist, of Nashville, Tennessee also survive her.

A Private family Catholic Mass will be celebrated at St. Bedes in Williamsburg on Tuesday, January 19, 2021.  Online streaming instructions are provided below.  Burial will take place at Quantico National Cemetery on Wednesday, January 20, 2021.  Mrs. Coyle will join her husband, Captain Charles Coyle of the US. Marine Corp, who was a World War II veteran, at Quantico.  He died on September 23, 2011.

Flowers may only be accepted for the Mass.  In lieu of flowers, donations in Claire’s memory to the Dementia Society, the Fisher Center for Alzheimer’s Research Foundation, or to your local or national chapter of The Alzheimer’s Association are appreciated.  Additionally, a memorial page has been established on We Remember.com to share memories of Claire at the link below.

PLEASE SIGN INTO LIVE STREAMING NO EARLIER THAN 10:50AM: