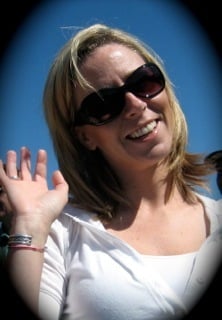 Christy Noble was born on June 27, 1975 and grew up in Burke, Virginia. She graduated from Paul VI High School in 1993 and received a degree in Communications from George Mason University in 1999. Christy worked for First Virginia bank and became Branch manager. She moved to San Diego, California in 2003 and was hired by Bank of America. In her last position she was a Vice-president in Commercial operations.

Christy loved sports and being outdoors. She played varsity softball in High School and on various summer league teams. Her passion for the Washington Redskins continued, even when living in California. She loved rooting for the Boston Celtics and enjoyed a friendly but sometimes noisy rivalry with her father and the Los Angeles Lakers. Christy loved gardening and tending to her plants. She was an animal lover and at one time had two dogs and three cats. One of her favorite pastimes was taking her dogs to ìdog beachî near San Diego and letting them run into the water.

Christy returned to Virginia in 2011 and quickly made Williamsburg her adopted home. She loved everything about Williamsburg especially all the people who showed her love and kindness and helped her through her sickness. A special friend helped her learn to sew and quilt which she continued until her death. Her favorite pastime was keeping up with the many activities of her four nephews who live in Northern Virginia.

A graveside ceremony will take place at Fairfax Memorial Park on Friday, November 30 at 12:00 p.m.

In lieu of flowers, contributions can be made to the Eating Disorder Foundation, 1901 East 20th Avenue, Denver, Colorado 80205.