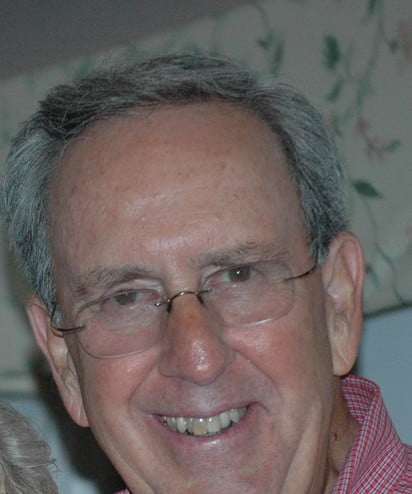 Chuck McConnell passed on April 14, 2021 after a lengthy battle with cancer. It was a battle that he appeared to be winning for most of the eight years.  He refused to let it interfere with his life and his loves.  He leaves behind Nancy, his wife of 59 years and a beloved daughter, Melanie Garnett.  He will be sorely missed also by his son-in-law Ken Garnett and his granddaughters, Eleanor and Lydia. How proud he was of his two college-aged granddaughters for he was always a true “hands-on” grandfather.

Chuck had a variety jobs in his career where he made many friends.   Following grad school at Northwestern he had a four-year tour with the Air Force, including a year posted in Okinawa.  After the service, his career centered on marketing and advertising for a broad spectrum of companies both national and international.  In later years and most recently he was part of a career consulting firm where he enjoyed helping executives determine their optimal career path. He wrote a book for his clients entitled Conquer Your Yips, Win the Employment You Target.

When not working, Chuck enjoyed travel, fishing, golf and playing with dogs, especially whatever rescue dog currently resided with him.  Using his wonderful base voice, he sang in the First Congregational Church Choir in Greenwich CT and community chorus groups like the Greenwich Choral Society and the Williamsburg Choral Guild.  Having played the trumpet in high school and the Air Force, he also enjoyed instrumental music. Recently he was proud to be part of the Williamsburg Symphony Board. To know Chuck was to experience true friendship and loyalty.

Memorial donations may be made to: