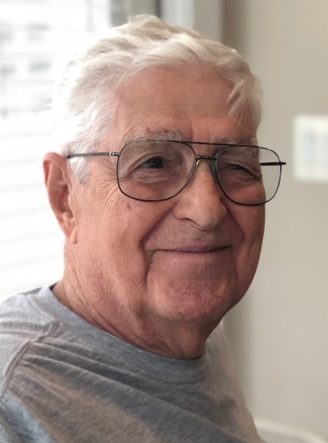 Charles Michael Murphy, 87, of Williamsburg, Virginia, and formerly of Ford’s Colony, passed away on Friday, May 29, 2020. He was born December 9, 1932, to the late Mary Garvey and George Murphy in Altoona, Pennsylvania. Charles served in the U. S. Army during the Korean War. He was a graduate of American University where he earned his BA Degree in Administration of Justice. He lived most of his life in Alexandria, Virginia. He worked and retired as a Lieutenant in the Metropolitan Police Department in Washington, DC. A sports lover all his life, Charles enjoyed golf, tennis, and horseshoes. He scheduled his Sundays around Washington Redskins football games and was an avid Washington Nationals fan. He loved family get-togethers and wintering in Nettles Island, Florida; his sense of humor and practical jokes were well-known. Preceded in death by granddaughter Alexandra Rae Houck and brother Joseph Murphy (Helen), Charles is survived by his wife of 65 years Rae Elizabeth Murphy; daughters Susan Early (Col Joseph III), Rachel Houck (Kevin), and Lynn Fitzpatrick; grandchildren Joseph IV, Marshall, and James Early; Aaron (fiancée Alyssa O’Brien) and Nathan Houck; Megan Petrizzi (Joseph) and Madeline Fitzpatrick. He is also survived by great-grandson Patrick Murphy Petrizzi; siblings Mary Sue Murphy and John Murphy (Gail); and several nieces and nephews. The family would like to thank the owners and staff of Edgeworth Park at New Town, Bayada Home Health Care, Hospice Community Care, and Dr. Michael Laccheo of Visiting Physicians Association for the exceptional care he received. A private funeral service was held at Bucktrout of Williamsburg Funeral Home on Wednesday, June 3rd. Burial will be in Calvary Cemetery in Altoona, Pennsylvania, at a later date. In lieu of flowers, memorial contributions may be made in Charles’ name to the Make-a-Wish Foundation.