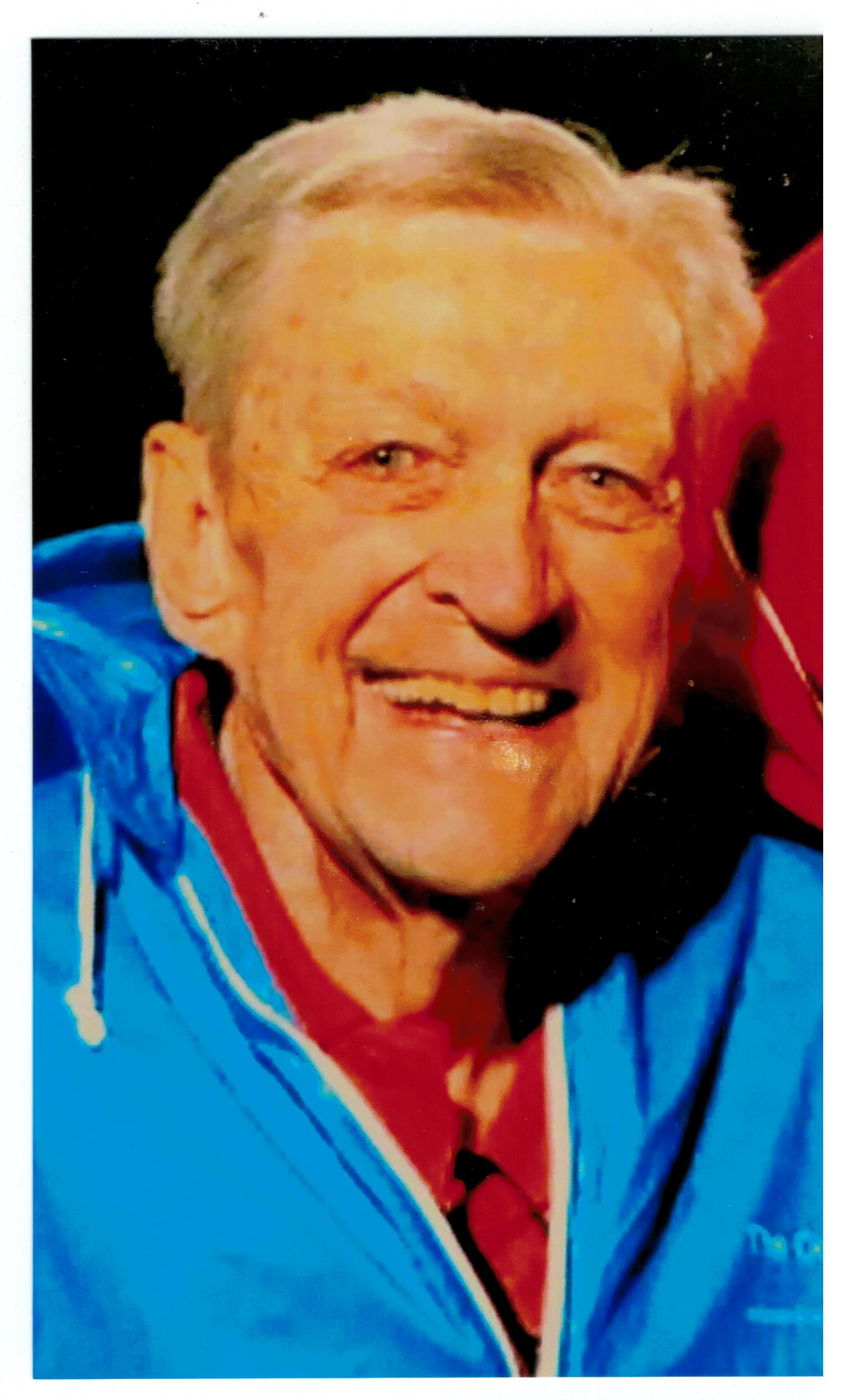 Charles E. Woolf passed away on April 12, 2017 at Patriot’s Colony.  He was a man of free spirit who cherished his many friends and brightened everyone’s lives with his stories and humor.  Charles was born on September 6, 1929 in Baltimore, MD.  His father, E. Marine Woolf, was a merchant and his mother, Christine V. Woolf, was a homemaker and nurse.  He grew up in Hanover, PA, and at an early age his parents recognized the unique educational opportunities at the McDonogh School.  He entered the Military Middle School as a boarder and balanced his education with sports while assisting his father in the shoe store.  He played football, lacrosse and wrestling and graduated in 1947.  His yearbook stated that he was a sergeant in the cavalry and got along with everybody.  “He would rather be at McDonogh than anywhere else in the world”, and those close personal ties persisted throughout his life.  His educational program continued at the University of Maryland where he graduated with honors in 1951.  He enlisted in the Army Air Corp and spent two years as a captain in Korea.  He was very patriotic and said, “nothing will ever beat these United States”.  He was discharged in 1953.  The next educational chapter led to Cornell University Hotel School.  This allowed him to realize his personal skills and to prosper in the area of hotel sales.  His career path included various assignments around the country, resulting in a position as sales manager at the Mayflower Hotel in Washington, D.C. where he serviced Presidential inaugurals.  He then rose to National Sales Manager of Sonesta/ HCA in Anaheim, CA.  He met and married the love of his life, Jane Corey, while relocating to Los Angeles as the Western Regional Director of Sales.  His talents were further recognized by the City of Los Angeles, where he retired after 15 years as the sales director of the Convention Center.  He left California with Jane in the buddy seat-a position she still maintains.  Charles actively maintained personal friendships with many previous associates.  His best friend, Phi Wagner, now deceased, shared biking comradarie and stories about cycling clubs and forays along the East Coast.  In 2006 Chuck and Jane moved to Kingsmill where they quickly became part of the community.  Later they added their talents and experience to the Patriot’s Colony community.  He lost his beloved Jane to cancer within a year.  He loved horses, snakes, and dogs and was a welcome community volunteer.  His favorite dog, Fritz, was honored by a ceramic likeness which greeted all those who entered his apartment.  Chuck continued to share jokes and stories with his new friends, despite several bouts with serious illness.  He enjoyed his surroundings, traveling and an occasional report from his cannon at William and Mary football games and 4th of July celebrations.  He was a generous man with compassion and honor.  He was preceded in death by his parents, the mythical brother, Gray, and his wife, Jane.  He is survived by his cousins, Elmira, Elaine, and Robin.  A memorial service will be held on April 26th, at 2:00p.m. in the auditorium of Patriot’s Colony, 6200 Patriot’s Colony Dr., Williamsburg, VA 23188, and a reception will follow.  Inurnment will be made later in the McDonogh School columbarium.  His aura will be missed by his many friends and relatives.  Ride the high side.  In lieu of flowers, gifts may be made to the Patriot’s Colony Make a Difference Fund, 608 Denbigh Blvd. Suite 700, Newport News, VA 23608.  Online condolences may be shared at bucktroutfuneralhome.net.