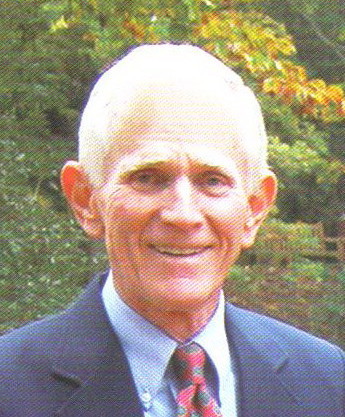 Following service in the U. S. Army Signal Corp, Chuck used the G. I. Bill to attend the College of William and Mary, graduating in 1951. While at W&M he met Roberta ëBobbeí Lamont and they were married, in 1953, in Trenton, New Jersey.

Chuck took early retirement, in 1982, after a 32 year career with Chesapeake & Potomac Telephone Company (Verizon) in the Washington, D. C. area. He and Bobbe moved to Williamsburg in 1988. Chuck was active in many local organizations and volunteered his time with a variety of activities at Bruton Parish Church, the College of William & Mary, and Colonial Williamsburg.

Chuck and Bobbe had a lifelong love of hiking and biking. He was an active member and supporter of the Williamsburg Area Bicyclists. He and Bobbe rode thousands of miles both locally and internationally.

He is survived by his wife, Bobbe Redding of Williamsburg, Virginia; their daughter-in-law, Joyce Hearne of Columbus, Ohio; niece, Martha Proctor Gano of Chicago, Illinois; nephew, Vernon R. Proctor of Wilmington, Delaware; niece, Sarah Kocmond of Charlotte, North Carolina; niece, Catherine McDonald of Lithia, Florida; and nephew, Fred Lamont of Harrisburg, Pennsylvania, and many much loved cousins. Chuck was preceded in death by their son, Steven R. Redding of Charlottesville, Virginia, and his brother, James Redding of Newport News, Virginia.

A memorial service will be held at 1:00 p.m. on Thursday, April 11, at Bruton Parish Church. A reception will follow in the Parish Hall.