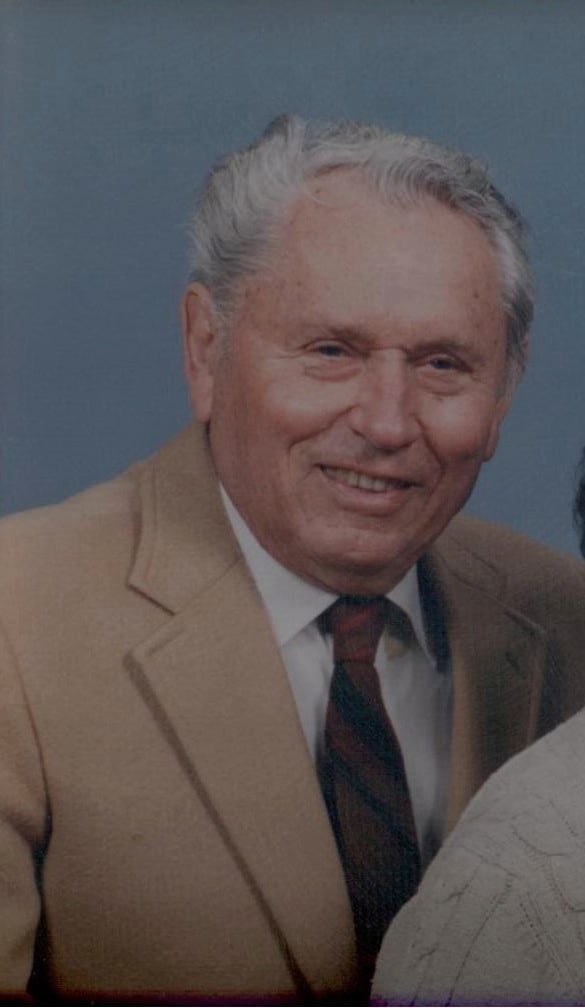 Charles August Schumacher passed away Saturday, July 14, 2012. †He was born on the family farm to Florence Donner and Carl Schumacher on January 22, 1922 in the town of Pendleton, NY. † He was educated in a one-room schoolhouse until the ninth grade and entered the Lockport high School where he graduated in 1940. ††After graduation he was inducted in the Army at Fort Niagara, NY.

He served in the Ordinance Corps in the United States and Europe and like thousands of others, participated in all the major battles including “D-Day”. †Shortly after the Battle of the Bulge, he was injured in Germany and flown to England for treatment. †He returned on a hospital ship to Staunton, VA for further treatment and later to Camp Upton, NY for rehab and was discharged at the end of the war as a Disabled Veteran.

He entered the University of Buffalo and in his Junior year, transferred to New York State University at Buffalo and graduated in 1950. †While there he was inducted to Epsilon Phi Pau.

He taught Industrial Arts in Lima, Guilderland, and Saugerties, NY. †While teaching at Guilderland, he was offered a Professorship at Hudson Valley Community College but chose to teach in Saugerties where he was Head of the Industrial Arts Dept for many years. †His hobbies were furniture making, successful grafting of antique apples and gardening of many plants.

He retired from teaching in 1984 and enjoyed traveling. †In 1992, he moved with his wife to Williamsburg. †

He is survived by his wife of 66 years, Josephine; daughter, Suzanne; grandson, Jesse; a brother and several nieces, nephews, and cousins. †His son Charles and daughter Ellen preceded him death. †Memorial donations may be made to the St. Stephen Lutheran Church Building Fund or to the Saugerties High School Teacher/Student Scholarship Fund. †Interment will be private in the Mountain View Cemetery at a later date.

Online condolences may be registered at bucktroutfuneralhome.net.