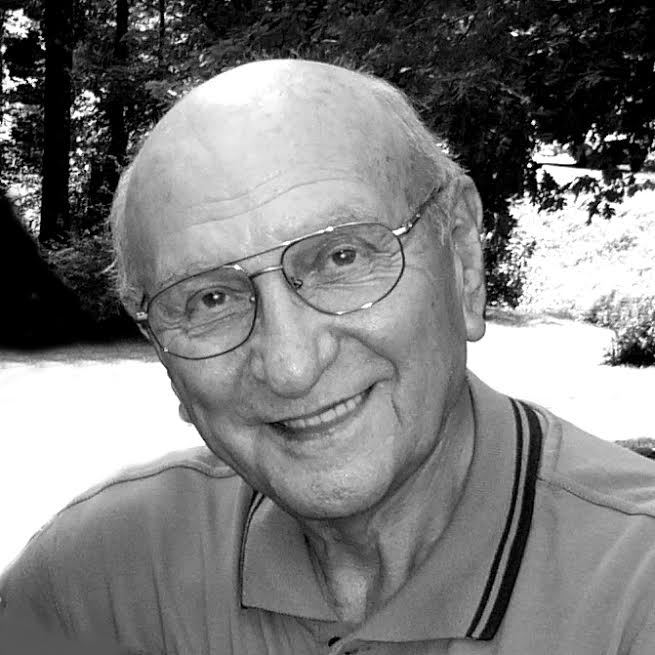 Born in Mount Jackson, VA, September 23, 1924, he was the eldest son of the late Clarence Alvin Henry and Florence Painter Henry, farmers in the Shenandoah Valley of Virginia.

During World War II, Charlie served in the Merchant Marines and the Navy. While on leave between deployments, he married his high-school sweetheart, the late Pollyanna Zirkle Henry, beloved wife of 68 years. They moved to Williamsburg in 1945.

After military service, Charlie was a barber and master brick mason. He assisted in the construction of many dormitories and buildings built on the College of William & Mary campus during the late 1940ís and early 1950ís. Charlie eventually went to work for the U.S. Civil Service at Camp Peary, in Williamsburg, where he retired in 1985 after 30 years of service in the construction and maintenance departments.

He was an active and devoted member of James River Baptist Church in Williamsburg for over 60 years. Throughout his life, he gave his time, talent and self to God and the church. Those capacities included the following: Trustee, Deacon, Sunday School Superintendent and Building & Grounds Chairman. The loving and supportive friendships made through his church community were lifelong blessings to Charlieís entire family. Charlie also loved to visit and share his vegetables and Pollyís cooking with sick friends

Never known for being idle, Charlie had many interests outside of his home & church. He will be remembered by many, including strangers driving past his home, for his pristine and bountiful vegetable garden. Charlie enjoyed fishing and hunting; especially turkeys. During their retirement years, Charlie & Polly made spring & autumn trips to Myrtle Beach to camp for weeks at a time beside the ocean; there they developed many more lifelong friendships and precious memories.

Left to cherish his memories and legacy are his three children and two treasured son-in-laws: Nancy and her husband Ed Owenby of Athens, GA, Linda and her husband, Rev. David Huckins of Monongah, WV and Chuck (C.A.) Henry of Smyrna,GA. He is also survived by four beloved grandchildren, Jennifer Owenby Tormey, Michael Huckins, Matthew Huckins & Samuel Huckins and eight great-grandchildren.

Charlie was also preceded by his brother, Alvin Henry.

A funeral service will be held on Saturday, October 18, 2014 at 1:00 pm James River Baptist Church, 4931 Centerville Rd, Williamsburg, VA 23188. Burial will immediately follow at the church cemetery. All are welcome.

The family of Charles & Polly Henry would like to extend their gratitude to James River Baptist Church, friends and countless professionals whose support, care and loving acts of kindness gave purpose and value to our parentsí lives through their time on this earthly plane. The staff of Consulate Healthcare of Williamsburg have been a cherished extended family to us and our parents; they have been unsung heroes over the past three years. In lieu of flowers, memorial contributions if so desired would be greatly appreciated if made to Heartland Hospice 11835 Fishing Point Dr. Suite 202, Newport News, VA 23606