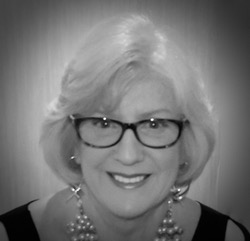 Charlene “Shawni” Roth, 77 of Williamsburg Virginia, passed away peacefully at her home on December 26th, 2020, following a valiant three-year battle with cancer.

Shawni was born in Seattle, Washington to Al and Dorothy Owen on October 16th, 1943.  She worked at various jobs in Seattle, eventually leading to her position as office administrator for the Seattle school district’s Special Needs program.  Always an active person with many interests and hobbies, Shawni and her special group of Seattle friends made wonderful memories biking, hiking, skiing, horseback riding and honing culinary skills.

Shawni married her husband Marc in Sedona, Arizona, on December 7, 1996, and moved from Seattle to Herndon Virginia, leaving the West Coast only for the love of her life.  In 2005, Shawni and Marc retired to Williamsburg Virginia, where they built their home in the Ford’s Colony community.  Shawni loved decorating, which was evident in the beautiful interior of their house and the surrounding gardens. She and Marc enjoyed spending time in their Williamsburg home, at their cabin in West Virginia and at their beach condo in North Carolina.

Shawni traveled the world with Marc, loved to entertain friends, to prepare special dinners, and to do hand-quilting projects that took years to make; all while enjoying a glass of fine wine.  She was active in the Ford’s Colony 9-hole ladies golf league and enjoyed tending to her flowers and lovely garden. Shawni was loving, generous, giving, and an inspiration to all that knew her.  She will forever hold a special place in the hearts of all who were blessed to be a part of her life.

A celebration of Shawni’s life will take place in Williamsburg at a future date to be determined in 2021.

Donations can also be made on their website at: http://www.bsvaf.org.   Select Hampton Roads Foundations, Make a gift, BS Mary Immaculate Foundation, Amount, Designation – Other.